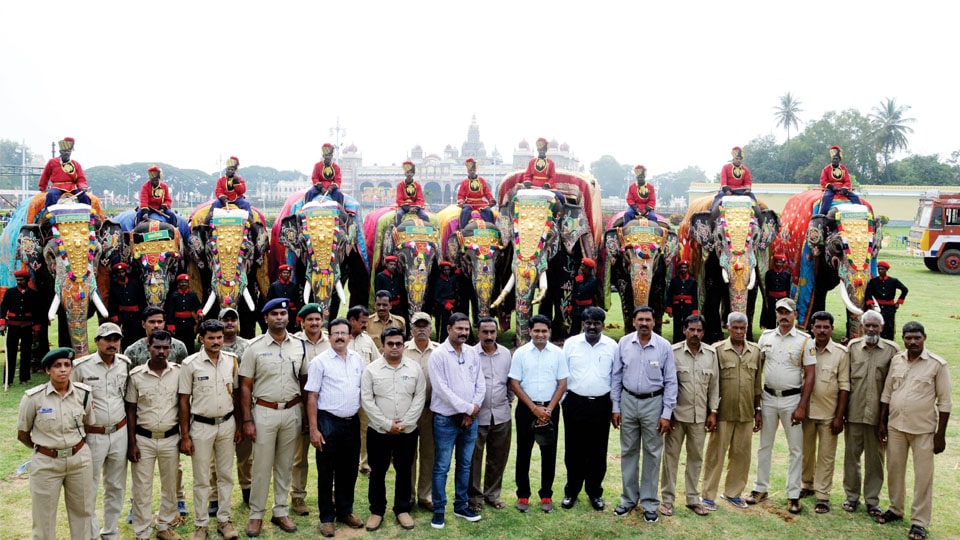 Mysuru:  Arjuna, the incredibly eye-catching Howdah Elephant, and his team of eleven caparisoned elephants who spend much of the year in forest camps of Kodagu and Mysuru Districts, gave a stellar performance during this year’s Dasara and became the cynosure of all eyes, attracting lakhs of viewers locally and from foreign lands.

The complete credit of training the elephants goes to their mahouts (elephant handlers) and kavadis (assistant handlers) and not to forget the Forest Department that has the overall responsibility of the smooth conduct of Jumboo Savari — from the process of selecting the elephants, grooming them, bringing them to Mysuru and leaving them back at their respective jungle camps.

It is a round-the-year process where the tamed elephants are identified. Many probable lists are prepared and the last list is usually approved by the Dasara High-Powered Committee. Once the Committee gives its approval, specialists take over the task of meticulously planning the diet, weight-checking, round-the-clock observation and, of course, elephant health.

The Forest Department usually commences identifying the elephants that will be part of the Dasara festivities in August. Every year, the Department selects over 16 elephants. Of these, 12 will take part in the Dasara procession while four is used as back up.

The Department keeps at least four elephants as substitutes as couple of elephants fell sick prior to Dasara jamboree. The idea of having additional elephants is to prepare the second line of elephants who can take on bigger roles in future.

After selecting the additional elephants, a letter is written to the Principal Chief Conservator of Forests, Bengaluru (Wildlife), seeking permission for the additional elephants. Once the higher officer permits the same, elephants would be deployed for Dasara. After obtaining permission both from the Principal Chief Conservator of Forests and also the Dasara High Powered Committee, all the elephants are taken to Mysuru.

Every year, the Forest Department staff plays a significant role by not only taking care of elephants but also mahouts and kavadis and their families who come along with the jumbos and stay in make-shift tents inside the Mysore Palace premises.

The services of the Forest Department officials and staff right from Deputy Conservator of Forests (DCFs), Range Forest Officers (RFOs), veterinarians, kavadis, mahouts, assistants, forest guards and watchers in taking care of these elephants is laudable.

Their services in providing nutritious food, guarding them round-the-clock, training elephants to make them familiar with the Jumboo Savari, acclimatising them to sounds by firing cannons, rehearsal of procession for the D-Day is noteworthy.

DCF (Wildlife) Siddramappa Chalkapure played an active role right from the arrival of the elephants to city till their departure to forest camps. His services in caring elephants received huge accolades from people.

A native of Davargaon village of Bhalki taluk in Bidar district, Siddramappa Chalkapure is a Nagaland Cadre Forest Officer and had served the hilly State for many years. 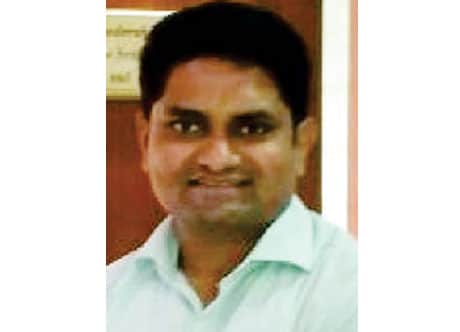 Speaking to Star of Mysore, the officer said, “I used to see Dasara festivities and the Jumboo Savari on TV before my arrival to Mysuru from Nagaland. I am very happy with the successful conduct of Dasara celebrations. I also thank all my staff for their co-operation and for taking care of elephants during their 45-day stay in city.”

RFO Ananya Kumar, who was in-charge of taking care of Dasara elephants during their stay in Mysore Palace also praised the role of mahouts, kavadis and others from his Department for extending support for the successful conduct of Jumboo Savari. He also remembered the contributions of Forest Department staff — Rangaraju, Kumar, Ravikumar, Akram, Prakash and others.

Veterinarian Dr. D.N. Nagaraj said that the Dasara elephants need to be monitored closely round-the-clock apart from taking care of their health and providing nutritious food.