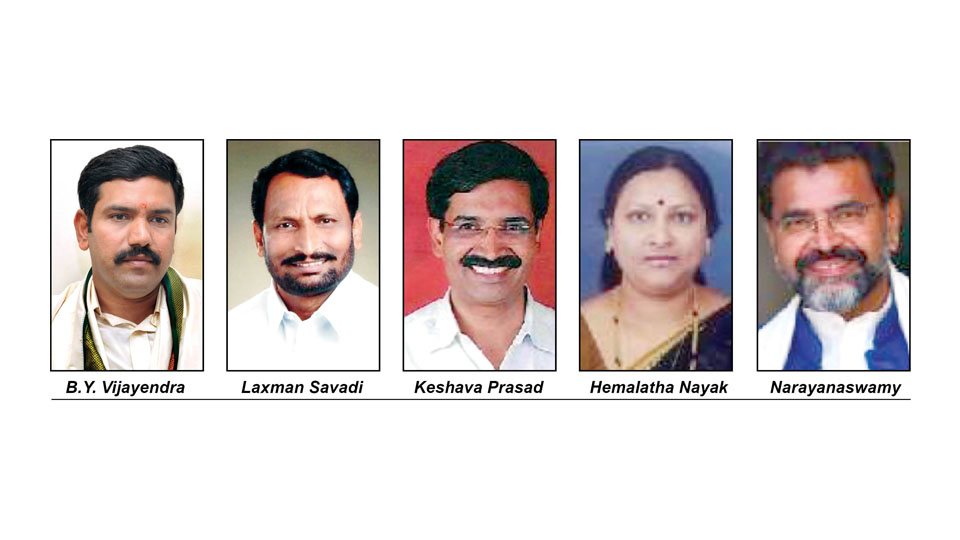 Bengaluru: The Bharatiya Janata Party (BJP) has announced four candidates for the Legislative Council polls from Legislative Assembly where only MLAs have the power to vote. Today is the last day for filing nominations and there are seven seats for which the elections will be held on June 3.

The party has picked senior leaders Laxman Savadi, a former Deputy Chief Minister,  S. Keshava Prasad of Bengaluru North and Hemalatha Nayak of Koppal, both BJP State Secretaries. However, the BJP has sprang a surprise by nominating Chalavadi Narayanaswamy of Bengaluru Rural District, who had joined BJP a couple of years ago from Congress.

Narayanaswamy joined BJP in 2018 and except for being very vocal against the Congress, he has not contributed anything much to the party. His selection has raised eyebrows within the party.

The BJP has also considered women’s quota to accommodate Hemalatha Nayak and in addition, two senior leaders — Laxman Savadi and Keshava Prasad — have been given a chance.

The candidatures were announced this morning and now it has been confirmed that Vijayendra, son of former Chief Minister B.S. Yediyurappa has missed the boat. The core committee party leaders met under the leadership of BJP Karnataka In-Charge Arun Singh and finalised the names.

The party unit in Karnataka had sent a list to the High Command that had Vijayendra’s name as the first one. But the High Command turned down the proposal and stressed that dynastic politics must not be fostered.

The Yediyurappa family already has an MP (B.Y. Raghavendra) and Yediyurappa is himself an MLA. The party was not inclined to give Vijayendra a chance to accommodate one more member from the same family.

Party sources told Star of Mysore that Chief Minister Basavaraj Bommai tried his best to get a ticket for Vijayendra but the High Command preferred to listen to RSS leaders who said Vijayendra is an MLA candidate and a winning horse. The RSS leaders conveyed the message that Vijayendra is still young and has a long career.