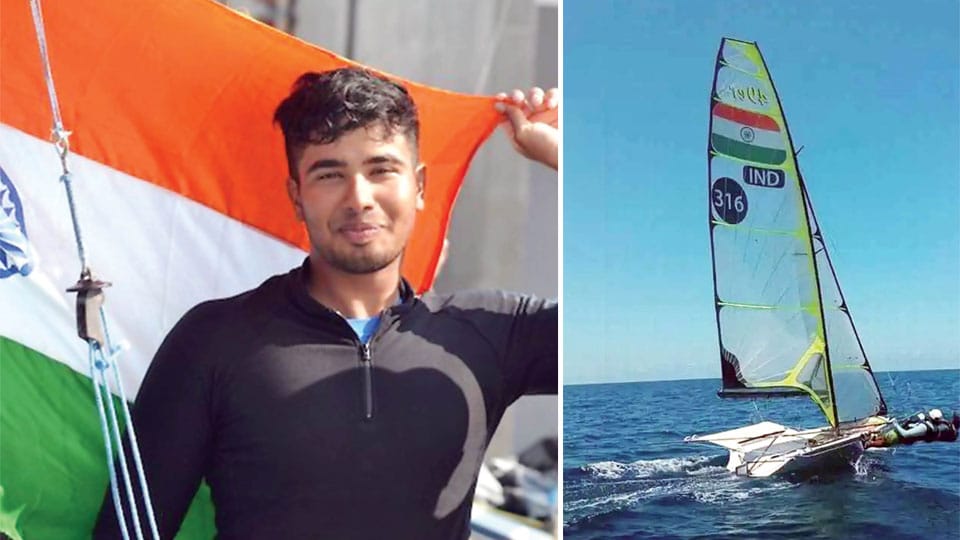 K.C. Ganapathy is first Kodava Yachtsman to qualify for Olympics

Mysore/Mysuru: In a historic first for India, four sailors from the country will compete at this year’s Olympics after the pair of Kelappanda Chengappa Ganapathy – Varun Thakkar and Vishnu Saravanan made the cut for Tokyo at the Asian Qualifiers in Oman on Thursday.

This was after Nethra Kumanan became the first Indian woman sailor to qualify for the Olympics in the laser radial event in the Mussanah Open Championship, which is an Asian Olympic qualifying event, held on Wednesday. It is also the first time that India will compete in three sailing events in the Olympics.

Chengappa – Thakkar pair finished on top of the points table in the 49er Class. The duo had to finish in the top six in the medal race to make the grade, but the duo finished fourth and first overall to qualify.

“We got the result we wanted. All our hard work has paid off. We are grateful for all the people who supported us. It was a shaky (final) race, but we did it. Now the work starts,” Chengappa and Varun said after their achievement. Vikas Thakkar and Ganapathy had also won the bronze medal in 49er men’s sailing event at the 2018 Asian Games in Indonesia.

“I congratulate Indian athletes Nethra Kumanan, K.C. Ganapathy and Varun Thakkar who have qualified for Tokyo Olympic in sailing. I’m particularly proud of the quota of Nethra, who is India’s first-ever female sailor to qualify for the Olympics!” tweeted Union Sports Minister Kiren Rijiju.

Twenty-six-year-old Ganapathy is the son of Kelappanda late Deepak Chengappa and Reshma Chengappa (from Allaranda family). His mother Reshma runs a furniture business in Chennai and the family is settled there. His grandparents are Kelappanda late Pratap and Padma Prathap. Padma resides at Kolthodu village near Hatur village in South Kodagu.

Speaking to Star of Mysore, Padma said that it was a proud moment for India in general and Kodavas in particular as Ganapathy has achieved the distinction of being the first Kodava Yachtsman to qualify for the Olympics.“He has been sailing all through his life and started sailing at the age of six. He won the Under-12 National Championship and has come a long way. I pray for his success every moment and I am confident that he will make India proud,” she said.

In fact, Ganapathy quit school to pursue full-time sailing and won the Asian Games bronze. Later he enrolled himself at an Open School.