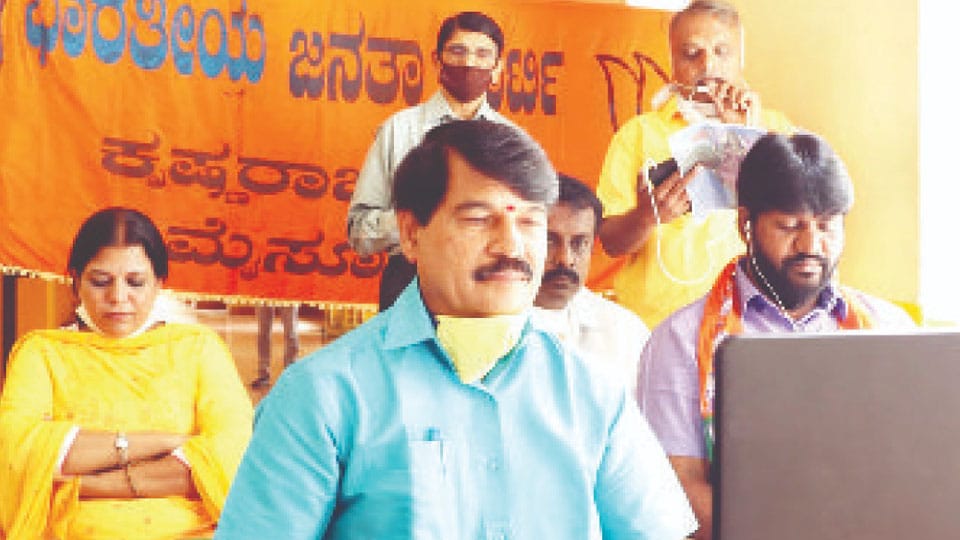 Maintaining that the amendments to the APMC Act was beneficial to the farming community, Ramdas said that it is necessary to launch a campaign for boycott of Chinese goods in the wake of recent Chinese incursions.

Earlier, Chamaraja MLA L. Nagendra delivered the keynote address of the rally from the Party Office at Chamarajapuram.

Asserting that Prime Minister Modi has responded to the plight of the poor and the needy during lockdown time by crediting Rs.500 to their Jan-Dhan accounts, Nagendra highlighted the achievements of Prime Minister Modi. Maintaining that the PM must be credited for addressing long- standing issues that have been haunting the country, he said that the Citizenship Amendment Act (CAA), Triple Talaq Bill, construction of Ram Mandir at Ayodhya, were some of the examples.

Stating that the launch of Ayushman Bharat Health scheme and distribution of Kisan Credit cards to the farmers are among the many big achievements of Modi, Nagendra lauded the Centre for implementing various schemes that benefitted the common man.

Praising the efforts of MLA Ramdas for distributing 80,000 medical kits to the people of K.R. Constituency, he said that Ramdas has always shown concern for the health and well-being of the people.