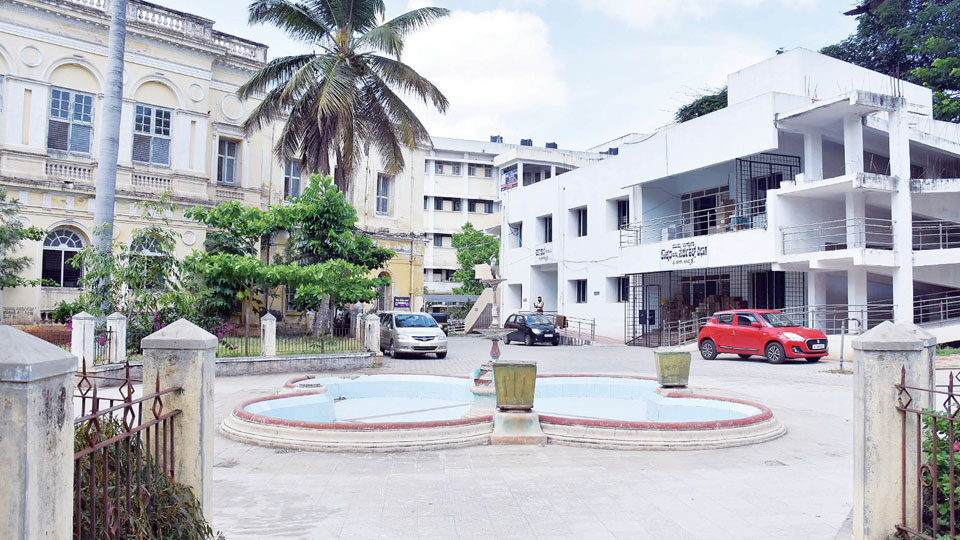 Mysore/Mysuru: It’s final now. The Defence Research and Development Organisation’s (DRDO) Oxygen-producing Plant will be set up at K.R. Hospital.

The DRDO is setting up Liquid Medical Oxygen plant in Mysuru and the project is sponsored by PM-CARES Fund. Across the country, 500 such plants will come up and Karnataka has got seven.

Speaking to Star of Mysore this morning, Dean and Director of Mysore Medical College and Research Institute (MMC & RI) Dr. C.P. Nanjaraj said that though there were discussion to set up the Oxygen Plant at the District Hospital, it will now be established at K.R. Hospital.

“Officials from National Highways Authority of India (NHAI) that is preparing the site and implementing the project had visited the K.R. Hospital recently and have decided to set it up near a vacant place next to Emergency Ward,” he said. The Emergency Ward is located between Ophthalmology Department and Medical Superintendent’s Office.

“Establishing the Plant here near the heritage building will facilitate oxygen supply to the Out Patient Department (OPD), emergency wards, ENT and other critical care units that have over 40 to 50 beds. The oxygen supplied by the Oxygen Storage Plant — having a capacity of 13 KL — installed in the Stone Building premises can supply oxygen to the rest of the wards,” he added.