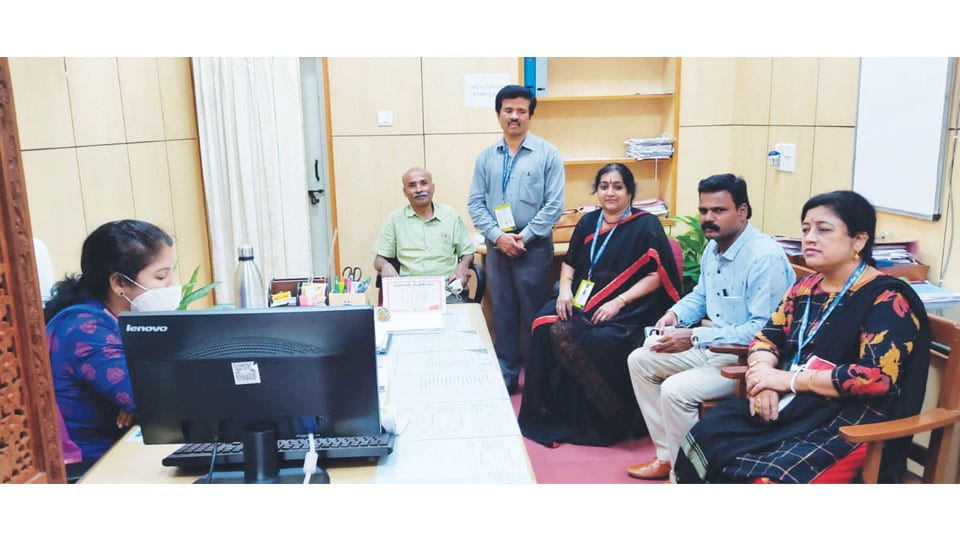 Mysore/Mysuru: The District Kannada Jagruti Samiti has accused city’s Administrative Training Institute (ATI) of non-implementation of Kannada, despite Government order on use of Kannada as the administrative language of the State.

The non-implementation of Kannada came to light when the Samiti members visited the ATI located on Lalitha Mahal Road on Dec.15.

Speaking to Star of Mysore, Samithi Member N.G. Girish said that the exam papers are distributed only in English for all exams held in ATI. This has resulted in a lot of inconvenience for Kannada medium students. Though the Karnataka Government has ordered that questions papers be distributed in Kannada as well, the ATI seems to be little bothered to implement the order, he said.

Continuing, he said that recently, the ATI held exam for recruitment of candidates on contract basis. Those who appeared for the exam were distributed papers only in English, while totally ignoring Kannada, he maintained adding that this disregard for Kannada will severely affect the prospects of Kannada medium students. Noting that several local candidates have been deprived opportunities as the written exam and counselling was held only in English, Girish said that the matter will be brought to the notice of the Government through Kannada Development Authority.

ATI Deputy Director Yashaswini has been asked to use only Kannada language in administrative matters and also to correspond with the Government only in Kannada, he added.