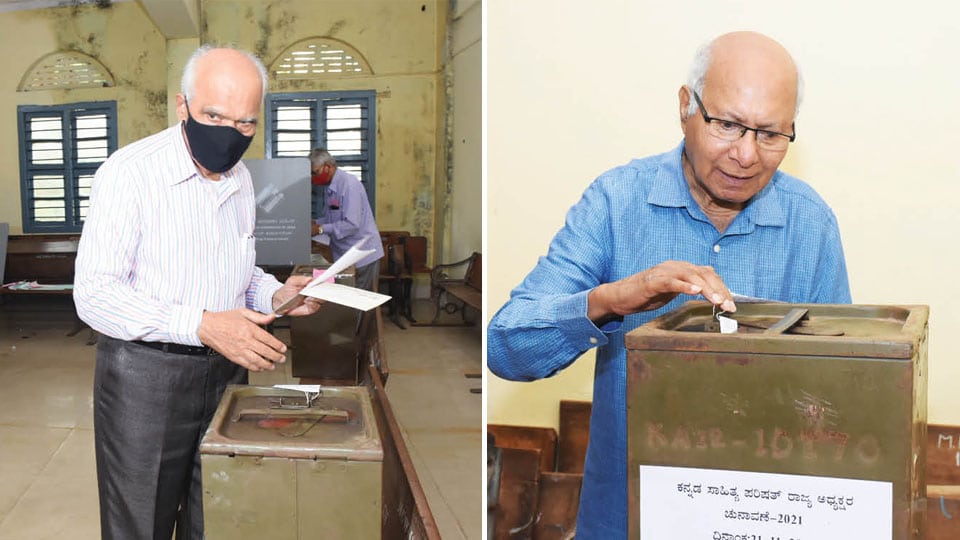 Mysore/Mysuru: The voting for electing the State President and District Presidents of Kannada Sahitya Parishat, the representative body for crores of Kannadigas, began on a moderate note this morning in the city and district.

In the city, Maharani’s College of Arts for Women was the lone centre having 8 booths, with each booth for every 1,000 voters. In the district, booths were set up at designated Government Offices at all the Taluk Headquarters.

Each voter was provided with two ballot papers ­— one pink coloured for District election and the other one white coloured for electing the State President.

The counting of votes in respect of District President polls will be taken up this evening simultaneously in the city and at all Taluk Headquarters after voting concludes at 4 pm and the results will be announced tonight, when the fate of all the three candidates in the fray will be known.

As far as State President polls is concerned, the counting of votes will be taken up on Nov. 24. The Sahitya Parishat polls, which was earlier scheduled to take place in May, was postponed due to COVID crisis.