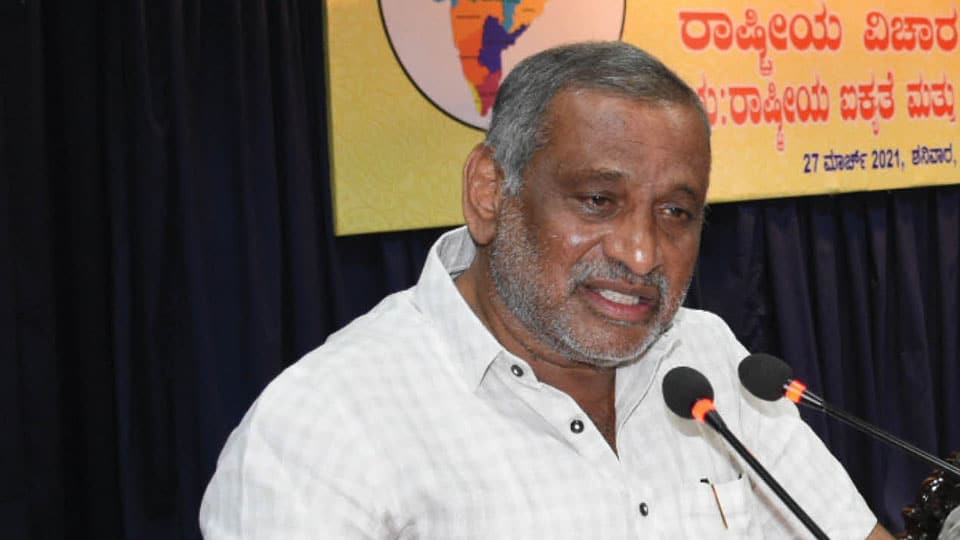 Bengaluru: The State Cabinet meeting chaired by Chief Minister Basavaraj Bommai on Thursday decided to hold a 10-day Monsoon Session of the Karnataka Legislature from Sept.12.

This was announced by Law and Parliamentary Affairs Minister J.C. Madhuswamy here in a press briefing. The Session will be held, except on Saturdays and Sundays, he said.

The Cabinet also approved to empower the State Lokayukta by providing enough staff and consent for the prosecution, Madhuswamy said. The vacant posts in the Lokayukta will be outsourced, he added.

The decision comes in the wake of Karnataka High Court quashing the Anti-Corruption Bureau (ACB) and giving Police power to Lokayukta.

The ACB was set up by the Siddharamaiah-led Congress Government in 2016, which allegedly had a bad reputation of being the Government’s lapdog rather than a watchdog, making Lokayukta a blunt ombudsman.

The Minister clarified that there is no link between the Government and a person who approached the Apex Court, challenging the High Court order, abolishing the ACB.