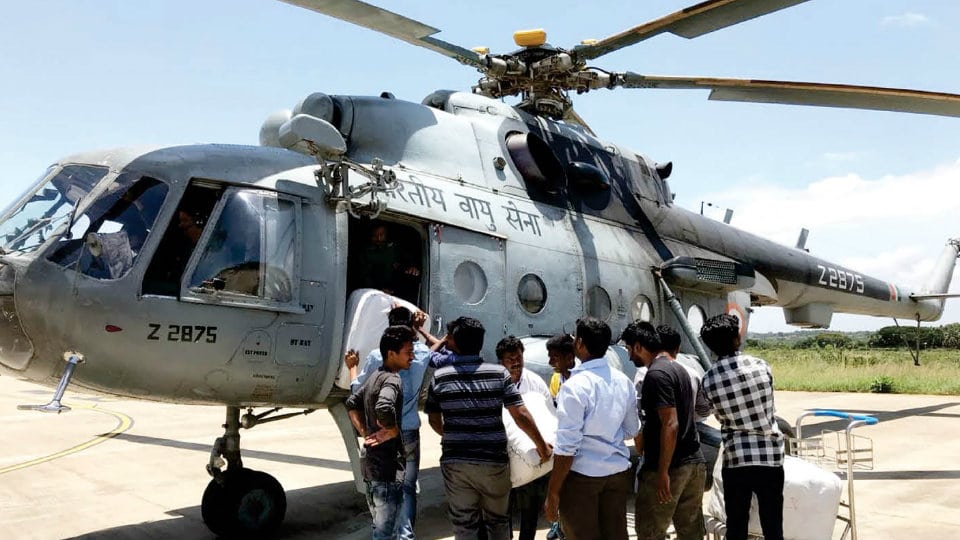 Mysuru:  Karnataka Handloom Development Corporation (KHDC) has also joined hands in doing its bit to the flood-affected victims of Kodagu, many of whom have nothing left except the clothes they were wearing.

In order to provide clothes to the victims which is the most essential requirement after food, KHDC packed five tonnes of clothes yesterday at its factory at Peenya in Bengaluru and transported it to the Yelahanka Air Force Station from where the Indian Air Force (IAF) aircraft AN- 32 airlifted the clothes to Mysore  Airport at Mandakalli.

These five tonnes of clothes were airlifted again in a helicopter from Mysore Airport to Harangi, near Kushalnagar in Kodagu where it was unloaded yesterday morning. Three trips were made as the requirement was  urgent. Aafter unloading from an aircraft at Mysore Airport in Mandakalli.

The District Administration, Mysuru City Corporation officials, led by Deputy Commissioner Abhiram G. Sankar and nearly 35 people including GSS Foundation members led by D. Srihari and NSS volunteers led by Chandrashekar were involved in shifting clothes from the aircraft to the helicopter.

Even as five tonnes of clothes were flown in yesterday morning, another ten tonnes of clothes reached the Mysore Airport by evening. The material is being stocked in the city itself as there is no place to store the clothes in Kodagu right now.

According to sources in KHDC, they have another ten tonnes of clothes ready to be transported if the requirement arises. Already 15 tonnes have been transported.

Meanwhile, according to an IAF release issued by the IAF Training Command Head Quarters in Yelahanka, Bengaluru, a total of seven transport aircraft have been pressed into service to carry relief materials to various rehabilitation centres both in Kodagu and Kerala. 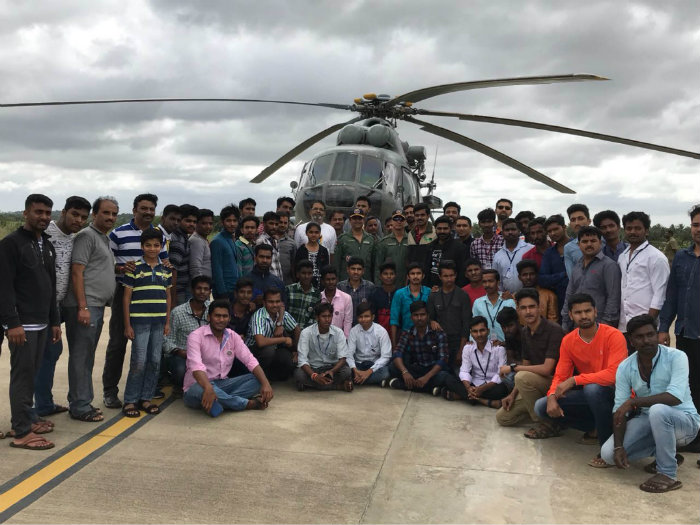 IAF officers are coordinating with the Disaster Response Force teams in their relief operations being carried out in Kodagu.