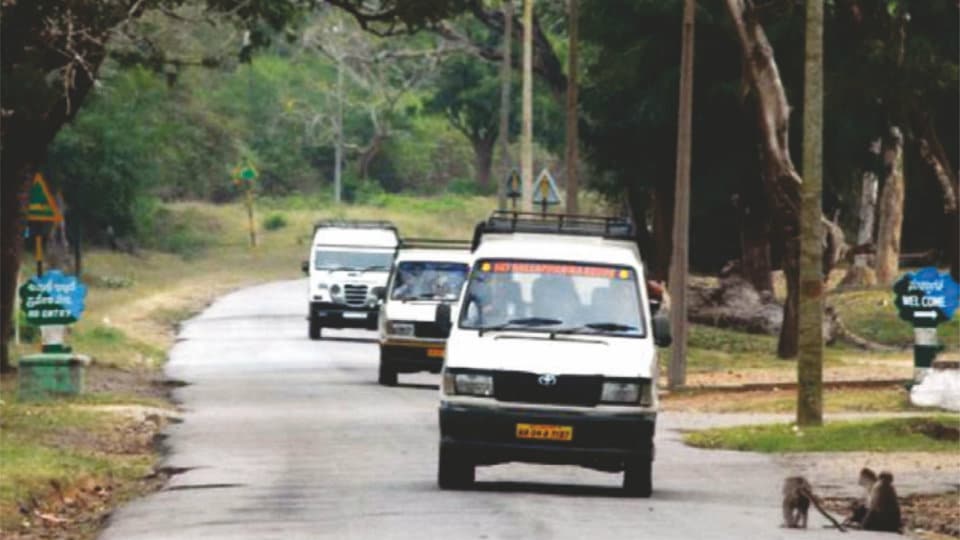 Bengaluru: The Karnataka Government has conveyed to the Kerala Government that it was not possible to open the road between Mysuru and Kerala via the Bandipur Tiger Reserve and Nagarahole National Park at night. At present, there is a ban on night traffic on NH-212 that connects Karnataka to Kerala via Gundlupet in Chamarajanagar and on NH-67 that links Karnataka to Tamil Nadu.

Officials from Tamil Nadu too were present at the meeting and they also rejected the proposal to open the road for night traffic. The venue of the meeting attracted environmental groups led by Vatal Nagaraj of Kannada Chaluvali Vatal Paksha who demanded the Karnataka government not to bow to Kerala’s pressure tactics.

Since 2009, Kerala has been demanding Karnataka to lift the night ban imposed on the entry and exit of vehicles via the Bandipur Tiger Reserve and the Nagarahole National Park from 9 pm to 6 am. The ban, according to Kerala government, has hampered the State’s economy. The ban was imposed based on the orders of Karnataka High Court and the orders were later upheld by the Supreme Court.

However, since then, the Chief Ministers of Kerala and Karnataka have met five times on the issue, with the Kerala government asking Karnataka to submit to the Court to relax the ban.

At the meeting, Kerala officials mainly demanded the relaxation of the timings of the night ban on vehicles or at the least increase the number of buses allowed during the time. (Currently, 16 buses are allowed from Karnataka to Kerala and Tamil Nadu, and vice-versa). They also requested the Karnataka officials to allow a convoy system that would see vehicles being allowed into the Tiger Reserve at pre-determined times.

Listening to Kerala’s plea, Karnataka officials told them that it was in the interests of environment and wildlife, the Court had imposed the ban and opening of traffic will destroy the animal population that is already threatened. They told Kerala officials that Karnataka would not violate the Court order and asked them to approach the Supreme Court. The officials also added that alternative routes have been provided that connect Karnataka and Kerala. Karnataka PCCF Punati Sridhar said that Karnataka wants to completely ban traffic on roads passing through forests. “We are saying that it is a matter of just 35 km and it is in the interest of conservation. Our request is this 3% area of forests be made a ‘no go’ area,” Sridhar said.

Learning about the meeting of the officials from Kerala and Karnataka on the night ban, Green Groups assembled at Aranya Bhavan to protest against Kerala’s demand to open night traffic. The protesters were led by Vatal Nagaraj. Organisations included Vana Jagruthi, Vanya and We Save Wild. 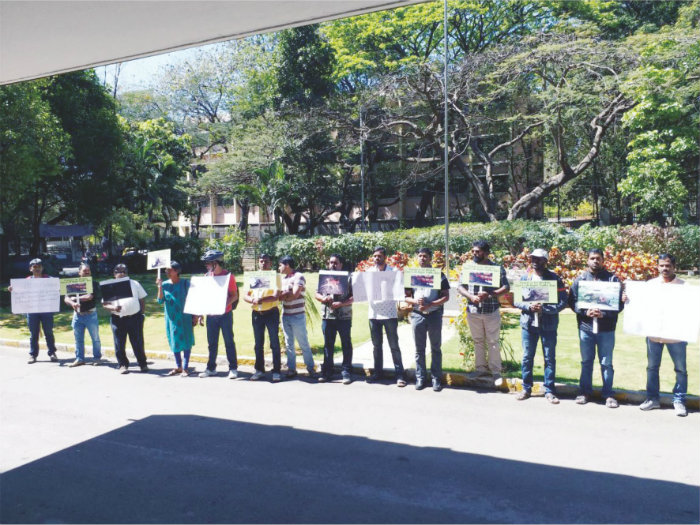 Holding placards that opposed the opening of the road, they urged the Karnataka officials to reject the demands made by Kerala. “This meeting is an effort to pressurise the Karnataka government to relent on its stand. We should not yield to their demands,” said one of the protesters.