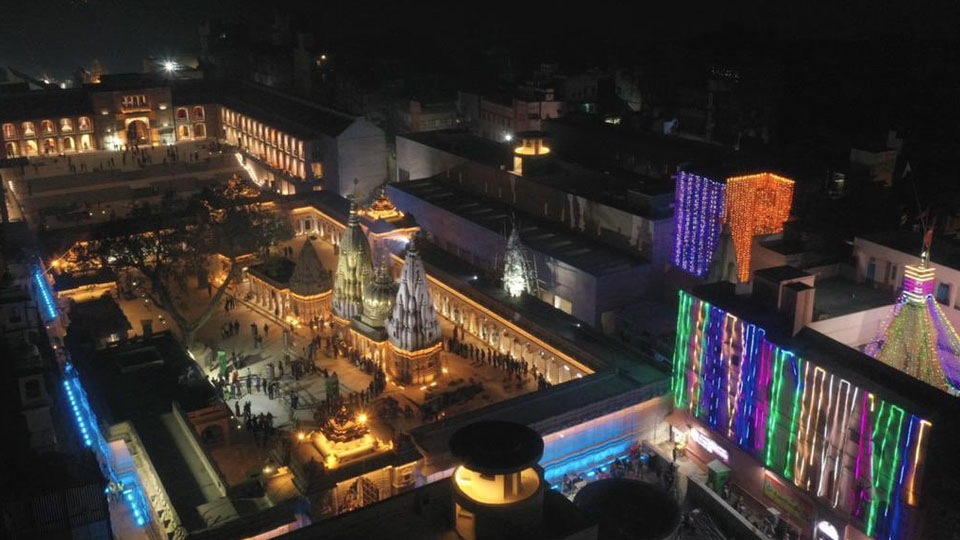 Kashi Vishwanath Corridor to be opened by PM tomorrow

Live event to be screened in city

Mysore/Mysuru: Prime Minister Narendra Modi will inaugurate the Kashi Vishwanath Corridor tomorrow (Dec. 13) which will be attended by Uttar Pradesh Chief Minister Yogi Adityanath and other dignitaries. The entire event is slated to be telecast live across the country.

The inauguration ceremony is named “Divya Kashi, Bhavya Kashi (divine Kashi, grand Kashi) and the stretch of Godowlia to Maidagin has been painted in pink to maintain consistent look and highlight its rich heritage. There will also be fireworks, laser shows and deepotsav at many ghats at the time of the inauguration of the corridor.

Known to be PM’s dream project, this Kashi-Vishwanath Corridor will cut the time span and set a direct link between the temple and the Ganga River. The estimated cost of the entire project is about Rs. 800 crore.

At Kashi Vishwanath Dham Corridor, devotees will also see a statue of Maratha Queen Maharani Ahilyabai Holkar, who once reconstructed the temple.

Inauguration ceremony to be screened live in Mysuru