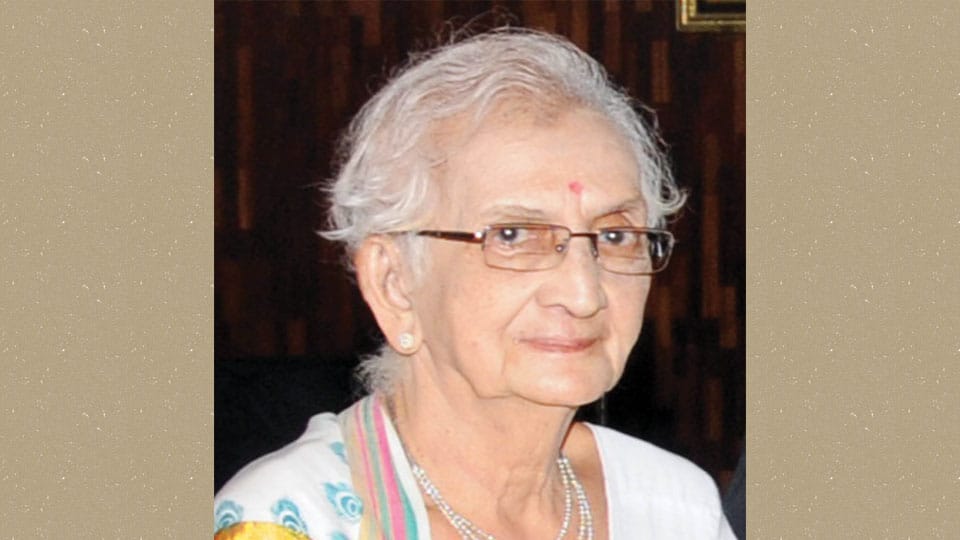 Mysore/Mysuru: Ittira Parvathi Cariappa (Dotty), Founder-President and Advisor of Shree Kaveri Kodagu Mahila Sangha, Mysuru and a resident of HUDCO Layout in Bannimantap, passed away last evening at her son’s residence in Cochin, Kerala, following a heart attack. She was 91.

She had served as the Vice-President of Kodava Samaja, Mysuru and Kodagu Sahakara Sangha in Jayalakshmipuram here.

Wife of retired KSRP SP late Cariappa, she leaves behind her son Dharmesh Cariappa, General Manager of Taj Group of Hotels, Cochin, daughter-in-law Neetha, grand-daughter Tripti and a host of relatives and friends. Her body was brought to Mysuru this morning and was kept at her residence for people to pay their last respects.

Cremation took place at Chirashanthidhama in Gokulam this afternoon, according to family sources.