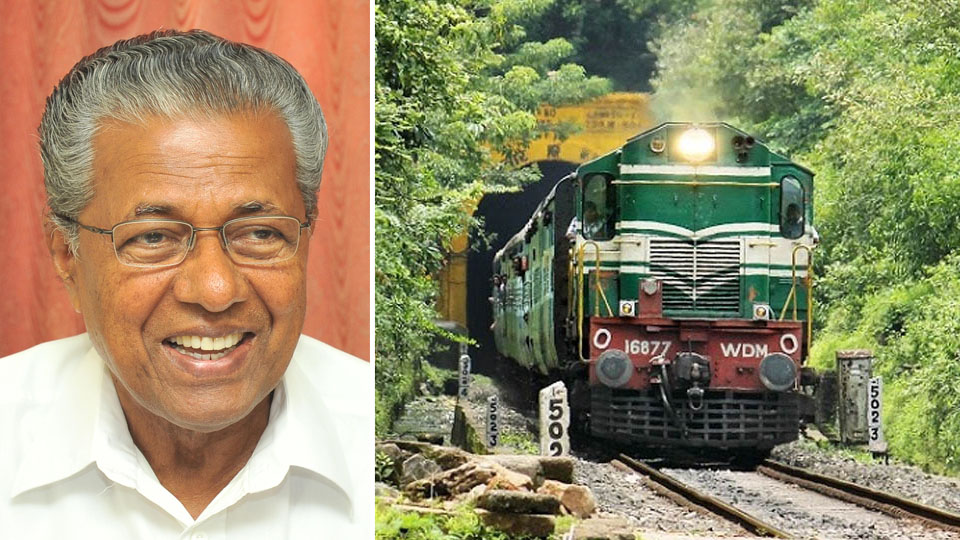 Meanwhile it has now come to light that Railway Ministry had ‘advised’ the Kerala government to ‘seek specific approval’ from the Ministry of Environment, Forest and Climate Change (MoEFCC) to carry out a survey for the proposed Thalassery-Mysuru Railway Line.

The Ministry’s directive came in the wake of the Kerala government requesting the Ministry to move the MoEFCC for granting clearance to conduct a detailed survey in the forest area for preparation of a Detailed Project Report (DPR) of the proposed new line.

Sources said that the Kerala Chief Minister’s Office had pushed for the proposed Thalassery-Mysuru Railway Project in spite of the objections raised by the Department of Forests and Wildlife over serious ecological and social issues. The CM’s office had directed the department concerned to carry out the survey of the project.

The proposed line passes through the forest belts of both Karnataka and Kerala. Mandatory environmental clearance have to be obtained from multiple agencies, including the regional office of the Ministry of Environment, Forest and Climate Change, and finally secure the recommendations of the National Board for Wildlife, chaired by the Prime Minister, and also the Supreme Court. The project passes through the 49-km stretch in the forests of Kerala region and through 35 km of ecological sensitive zones, including 11 km of the thick Nagarahole National Park in Karnataka.