Home » News » Kharge likely to be made Co-ordination Committee Chairman 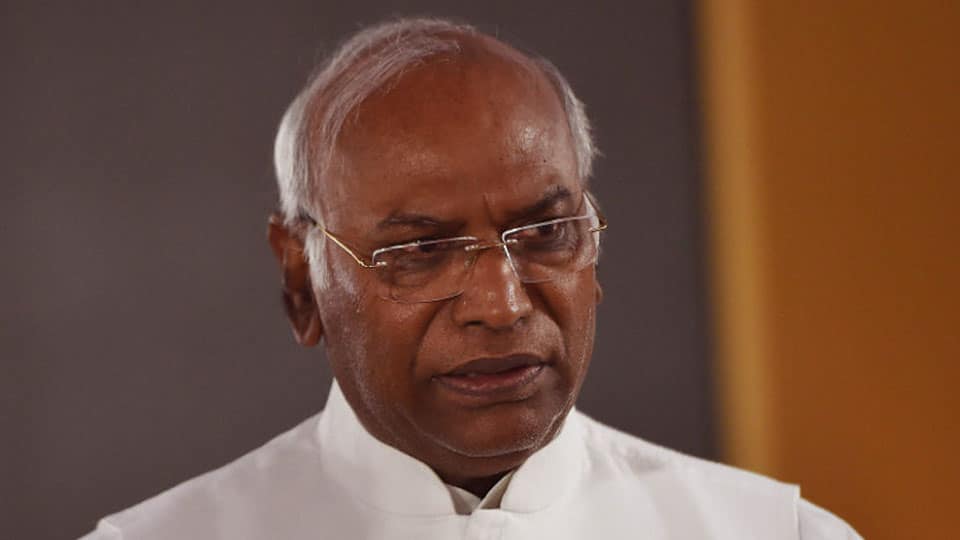 Kharge likely to be made Co-ordination Committee Chairman

Bengaluru:  Even as the Congress High Command is mulling on making veteran Dalit leader Mallikarjun Kharge as the AICC President, if Rahul Gandhi is unwilling to withdraw his resignation to the post, the party central leadership is said to be working out plans to make Kharge as the Chairman of the Congress-JD(S) Co-ordination Committee of the State Coalition Government.

This development comes a day after JD(S) Supremo and former PM H.D. Deve Gowda (HDD) met Rahul Gandhi on June 10 and listed out the reasons for the electoral debacle of the coalition partners in the LS Polls.

H.D. Deve Gowda, who is upset over the continuation of Siddharamaiah as the Co-ordination Committee Chairman, is said to have convinced Rahul Gandhi to bring senior Congress leader Mallikarjun Kharge to the post, as he believed that Kharge alone can bring about unity among  warring Congress leaders and also co-ordination between the JD(S) and Congress at the root level.

However, Gowda told Rahul Gandhi that there was no problem for Siddharamaiah continuing as the CLP leader.

Blaming Siddharamaiah for the drubbing of the Coalition partners in the LS Polls, Deve Gowda is learnt to have listed out the reasons for the electoral loss and also on the measures to be taken for bringing about stability of the Coalition Government.

Rahul, who was closeted with HDD for about half-an-hour, is said to be seriously considering HDD’s plans for a stable and viable Government in the remaining four years.