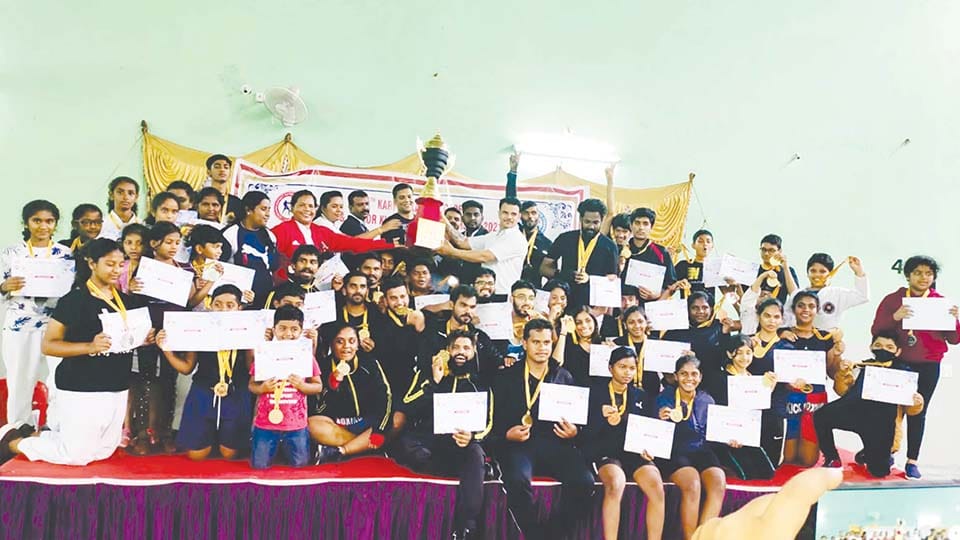 Speaking on the occasion, he said “At present there is a need for holding more cultural and sports activities as students have been deprived of the same in the past two years owing to the pandemic. And kickboxing is one such activity that will help them in their physical and mental development.”

C. Ravi, who has been selected as the National Joint Secretary of  Wako India Kickboxing Federation, was felicitated on the occasion.

Over 300 people including participants, coaches, judges and officials took part in the Championship. Bengaluru team won the Overall Championship and have been qualified for the National Kickboxing Tournament while Mysuru team was Runner-up.

Kickboxing is a group of stand-up combat sports based on kicking and punching, historically developed from karate mixed with boxing. It is practiced for self-defence, general fitness, or as a contact sport.

Kickboxing championship
Sudden Cardiac Death: What next, after you get the heart beating !
M.M. Hills Temple fetches Rs. 1.67 cr. hundi collection in 28 days