Home » Columns » Sudden Cardiac Death: What next, after you get the heart beating ! 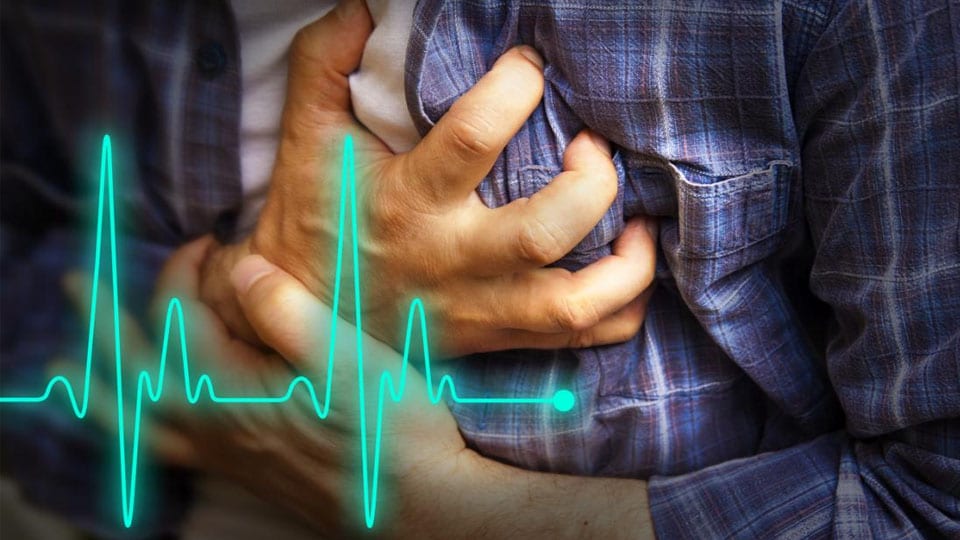 Sudden Cardiac Death: What next, after you get the heart beating !

Last week I told you how as a bystander, you can restart the heart that has stopped in a victim of Sudden Cardiac Death (SCD). I presume that, as suggested by me, most readers interested in acquiring some valuable expertise in managing this problem, would have checked out the internet videos on how to get a stopped heart beating once again.

But I would like to add a word of caution here. Before thumping the chest of the victim hard to restart a stopped heart, you have to ensure by checking the pulse that it has indeed stopped completely. This is very vital because while a hard thump on the centre of the chest can start a stopped heart it can also stop a beating heart!

I also said at the end of my last article that after having restarted the heart you should check if the victim starts breathing spontaneously which is usually bound to happen. But if this does not happen on its own, you have to administer artificial respiration to the victim till it happens or till medical help arrives.  This is very essential to ensure that the blood being pumped out of the heart gets its due share of oxygen from the lungs which it can carry to the brain. Otherwise, your cardiac massage, however carefully and effectively done, becomes completely useless.

Now, how to go about doing this is not as simple as restarting a stopped heart and therefore a good source of acquiring this knowledge are again the excellent videos which are available on the internet. A better option would be to acquire it from a doctor or paramedic or to attend hands-on classes on Cardio-Pulmonary Resuscitation (CPR) which are now being conducted in most towns and cities from time to time, by the State Disaster Management Boards and good hospitals and medical professional bodies.

There are a few other lifesaving skills in addition to CPR that citizens would do well to acquire. They are: swimming, controlling bleeding from different sites, helping a victim of choking, treating low blood sugar and providing first-aid for shock, snake bites, road accidents and burns. Most hospitals and medical bodies if requested, would be more than willing to conduct classes, completely free of cost, on imparting these skills to groups of citizens, employees of all industries and commercial establishments and students of all schools and colleges.

It would be worthwhile if the Government makes it mandatory in our country, for students of all levels and all employees of all establishments to acquire these skills as it is in many other countries. If this happens, this can become our biggest life-saving resource.

READ ALSO  A Journey back to Jukeboxes & Jim Reeves !

It should also become mandatory for all people of all ages, enrolling at gyms and fitness institutes, to undergo a complete medical examination from a competent medical specialist and produce a certificate of fitness before joining. This way any inherent, potentially dangerous disturbances in the heart rhythm or congenital malformations in the heart can be identified before they can harm the person.

Lastly, prevention at an individual level by eschewing all harmful habits and adopting a relaxed and stress-free lifestyle, with periodic medical check-ups, is the best way of avoiding much heartache. It is worthwhile to always remember that as human beings we have just one heart each, unlike the humble Octopus which has been endowed by the creator with not one or two but three hearts !

There was a report in SOM on Friday that a miraculous neem tree in a village near our city has been exuding a milk-like fluid which has been drawing huge crowds of people who see it as a divine miracle. They consider it a super-natural event and have therefore been worshipping this tree and also collecting the fluid, attributing divine healing properties to it. However, Dr. J. Mahadevu, a Professor of Botany, has rightly explained why this phenomenon occurs and has also mentioned the name of the bacteria that are the cause for it.

But I would like to add here that in addition to the bacterial infection that starts the oozing process, it is the action of yeast spores from the air that cause the liquid to froth and acquire a milky appearance. It is in fact identical to the fermenting process that converts the sugar-rich sap of palm trees into toddy that is much relished by its consumers.

In the year 2016, a neem tree standing in a grove of about fifteen neem trees in the north campus of the Delhi University started exuding this kind of fluid. It quickly became a sensation because someone soon realised that consumption of the fluid had a strong intoxicating effect!

And, to makes things better or worse, the tree was oozing nearly ten litres of the potent brew, every day. To make things easy for its seekers, the head gardener, Mahesh Prasad even hung a bucket on the tree and placed a ladder to facilitate the collection and distribution of the divine ‘Prasad’ to the eager ‘devotees’ of the ‘spirit’ completely free of cost!

But I am told that this was certainly not a drink for the faint hearted as unlike regular palm toddy which is reportedly sweet, this brew was very bitter, with its popularity stemming from its potency and availability free of cost! Yes, as we all know, anything that comes free, tastes sweet! But all good things have to end sooner or later and after serving the eager tippers for nearly five months, this tree-top bar abruptly shut shop to their disappointment and dismay.

But in the year 2020 another neem tree in the farm of Vontela Raji Reddy in Karimnagar district of Telangana took over from where its Delhi counterpart left off and started spurting wine! Its owner too, who believed in the dictum that what the Gods gave free should be distributed free to its seekers, started collecting nearly four litres of it each day and distributing it as divine ‘Prasad.’ There have been other reports too from Varanasi and a few other places of neem trees behaving this way. And, incidentally, it is not the first time that this ‘Neem Tree Miracle’ has been happening near our city.

A few years ago, another neem tree in the premises of the horticulture office, bang opposite the Bishop’s residence on Mother Teresa Road, started oozing this kind of fluid. This too drew huge crowds as long as it lasted, which was sadly only for a few days and in a quantity that was not even near what it takes even the most potent divine brew to have any effect on lesser mortals!

ONE COMMENT ON THIS POST To “Sudden Cardiac Death: What next, after you get the heart beating !”