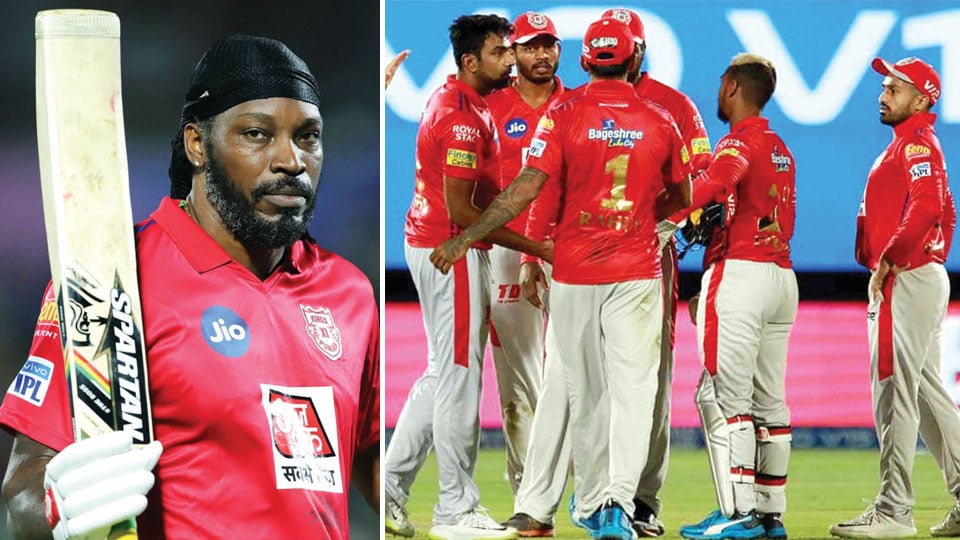 Chasing 185 runs for victory, Rajasthan Royals were off to a flier as opening batsmen Ajinkya Rahane and Jos Buttler added 78 runs for the first wicket.

Rahane was dismissed for 27 off 20 by Ravichandran Ashwin. Buttler was then joined by Sanju Samson (30) as the pair added 30 runs for the 2nd wicket.

The home side were cruising towards the target when a well-settled Buttler was run out “mankaded” by KXIP skipper Ashwin. This dismissal was the turning point of the match. Royals lost wickets at regular intervals after that, and managed to score 170/9 in 20 overs.

For KXIP, the trio of Sam Curran, Mujeeb Ur Rahman and Ankit Rajpoot took three wickets each.

Earlier, Rajasthan Royals won the toss and opted to bowl first. Put in to bat, the KXIP got off to a slow start as they lost K.L. Rahul (4) early. After losing Rahul, Chris Gayle and Mayank Agarwal (22) stitched together a 56-run stand for the 2nd wicket.

Gayle also brought up his 25th IPL half-century during the match and also became the fastest to score 4,000 runs in IPL as he reached the landmark in 112 innings.

Following Gayle’s dismissal, Sarfaraz took the attack to the opposition as he made 46 off just 29 balls that included 6 fours and a six. His innings propelled KXIP beyond the 180-run mark as they finished on 184/4.

This is Kings XI Punjab first win in Jaipur in six attempts.

Chris Gayle was adjudged as the Man of the Match for his superb knock.