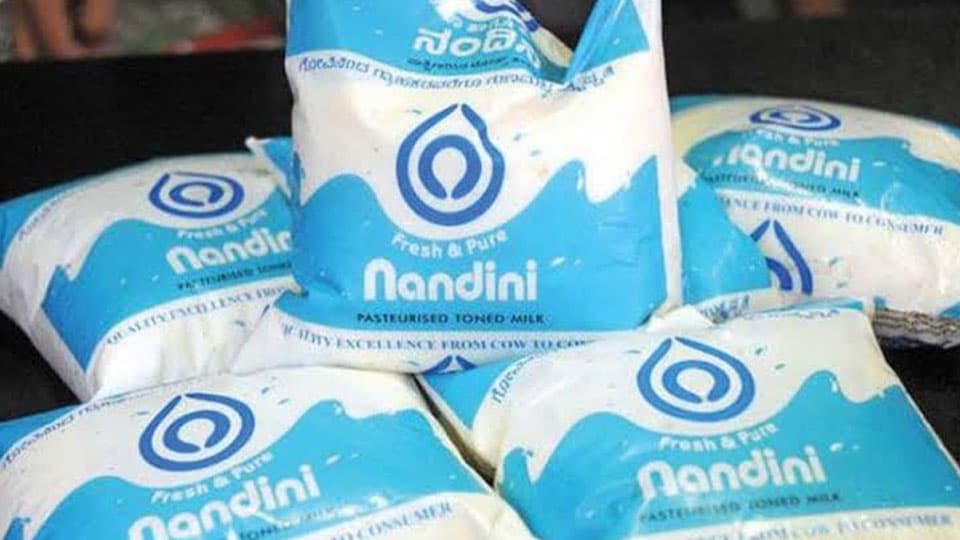 KMF proposes to hike milk price by Rs. 3 a litre

Bengaluru: In yet another shock to the common man, who is already reeling under soaring prices of essential commodities, the KMF (Karnataka Milk Federation) has sought to hike milk price by Rs. 3 a litre.

The general body of the KMF, headed by its Chairman and MLA Balachandra Jarkiholi, which met in Benglauru on Thursday, unanimously approved the proposal to hike the price of milk by Rs. 3 a litre.

Speaking to media persons after the meeting, Balachandra Jarkiholi, maintained that Nandini Milk, the flagship brand of KMF is the cheapest milk brand in the country.

Pointing out that the KMF is selling a litre of Nandini Milk at Rs. 37 a litre, he said that all Milk Producer Unions of the State have unanimously sought a revision in price, which has not been hiked for the past couple of years. Noting that the KMF will submit a fresh proposal to the Chief Minister in this regard, he said that the KMF is hopeful of getting approval for price hike.