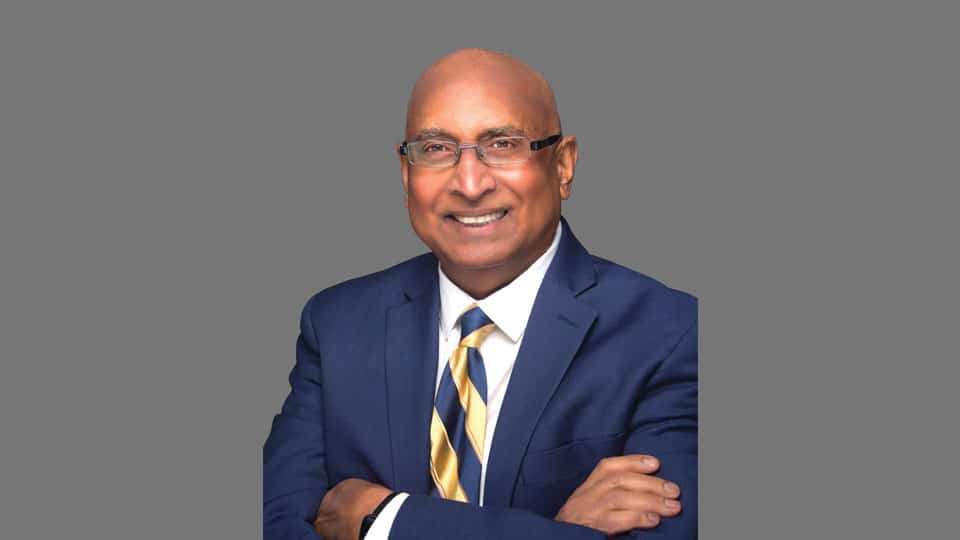 Dr. Bopanna Ballachanda is a Professor (Adjunct) at Texas Tech Health Sciences and Chief Audiology Officer at National Hearing and Balance centres in Albuquerque, New Mexico. With more than 30 years of experience, he is now the President-Elect of the American Academy of Audiology (AAA) and he will have a three-year term from October 1, 2022.

Hailing from Kodagu and coming from a humble background, he did his B.Sc. in Speech and Hearing from the All India Institute of Speech and Hearing (AIISH – 1970 batch), then under the University of Mysore. By becoming the first person of colour to head AAA, Dr. Bopanna has become a role model for many.

Star of Mysore caught up with Dr. Bopanna, who was on a short visit to Mysuru and spoke to him about his role in AAA, Mysuru memories and his family. Excerpts:

Star of Mysore (SOM): You have a three-year term and how do you propose to take forward the programmes of American Academy of Audiology (AAA)?

Dr. Bopanna Ballachanda: The American Academy of Audiology is the world’s largest professional organisation of, by and for audiologists. It is committed to advancing the science, practice and accessibility of hearing and balanced healthcare for our patients.

I am humbled and honoured to be elected by the members as the President-Elect and later the President of AAA. My role is to understand the issues and address them when I take charge. These opportunities and challenges vary from year to year. However, the Academy has set goals and agenda to further the profession and help audiologists achieve their highest potential.

SOM: You are the first Indian-American to occupy the top post of AAA. This is no mean feat and you studied at AIISH Mysuru. Do you have any fond memories of Mysuru?

Dr. Bopanna Ballachanda: I do have a lot of fond memories of Mysuru. Back then Mysuru was a quaint town with excellent opportunities for scholarly work, today too I hope it’s the same. I still cherish my time in Mysuru when I used to meet friends at the corner of crossroads (Somberi Katte) and talk for hours. I also fondly remember the joy I felt riding my bicycle to the Institute from home. So Mysuru and my time in Mysuru is very much in my thoughts.

READ ALSO  ‘A precedent has been set, no Officer will dare to take on land-grabbers henceforth’

SOM: Audiology is a relatively lesser-known profession or a field of expertise in India. Do you think there is a lack of awareness? If so, what should be done to popularise it?

As we know that the two major inputs to the brain are vision and hearing. We are quick to correct vision problems but are reluctant or hesitant to correct or use hearing aids. Recent research has clearly shown that an untreated hearing loss has many impacts on communication, psychological well-being, and most of all deterioration in mental functions.  Hearing loss does not only affect hearing but has broader consequences like memory loss etc. I don’t know the reasons why people cancel or postpone treatments. Being out of India, I have limited knowledge of the apathy or lack of motivation of the general public to deal with hearing problems.

SOM: AIISH is doing wonderful work in audiology and the institute has grown in leaps and bounds. Your comments on this.

Dr. Bopanna Ballachanda: AIISH is a great institute. I had the opportunity to visit the institute a few days back and I was stunned by the clinical facilities, research work, and innovative projects. I was humbled by the warm welcome extended by the Director, Dr. M. Pushpavathi. The Institute that I remember has changed a lot, and changed for the better. I am so proud to say that I graduated from this premier institution.

SOM: You are from Kodagu, a small district, how did you get to where you are now professionally?

Dr. Bopanna Ballachanda: Like many Indians in the 80s, I stepped foot in the USA with a dream. I was born to late Pulianda Kamakshi and late Ballachanda Belliappa. My dream began when I graduated with a B.Sc. degree from AIISH and a love for Wild West through John Wayne movies. On the way to the Wild West, I did a two-year stint as a specialist of Speech and Hearing at the Al Sabah Hospital in Kuwait, finally ending up at the University of Texas, Dallas, where I earned a Ph.D in Auditory Neuroscience, the study of hearing and the brain which at that time had not been explored very much.

READ ALSO  Enter through Brain, Come out of Lungs !

SOM: Tell us about your initial days in the US.

Dr. Bopanna Ballachanda: I was recruited by Purdue University, Indiana, as an up-and-coming academician. While at Purdue I pioneered clinical procedures for practising audiologists, authored two books that are used as educational material in many audiology programmes and many professional/scientific articles that received acclaim in the hearing industry.

I returned to India after 10 years in the USA in 1990 and got married to Kambeyanda Naina Muthappa and then I moved to the University of New Mexico as an Associate Professor of Audiology.

SOM: Tell us how you got involved with American Academy of Audiology and the business side of audiology?

After seven more years of teaching at the University of New Mexico, I gave up a guaranteed job to venture into yet another phase in my life — clinical practice. With the help of my wife, who is a Chartered Accountant and entrepreneur, I opened my first clinic in July of 2003 in Santa Fe, New Mexico. The first year was a challenge, but after that, by God’s grace, I’ve never had to look back. Another seven years later I had the opportunity to purchase a group of clinics in Arizona and Texas. My wife says seven is my magic number. I had 16 clinics in New Mexico, Arizona and Texas. My wife and I owned and ran the clinics together.

SOM: Tell us about your family and do you feel you achieved your American dream?

Dr. Bopanna Ballachanda: I have a wonderful son and a daughter, Tanek Ballachanda and Jyothi Ballachanda. Tanek is a mechanical engineer working for a space programme in Seattle, Washington State while Jyothi is studying to become a pastry chef.

Have I achieved my American dream? Life is a journey of fascinating dreams that evolve, I don’t think I’m even halfway there. It’s been a lot of hard work, and it was never about the money, but about pushing myself beyond. In that sense, I think I have a sense of fulfilment.