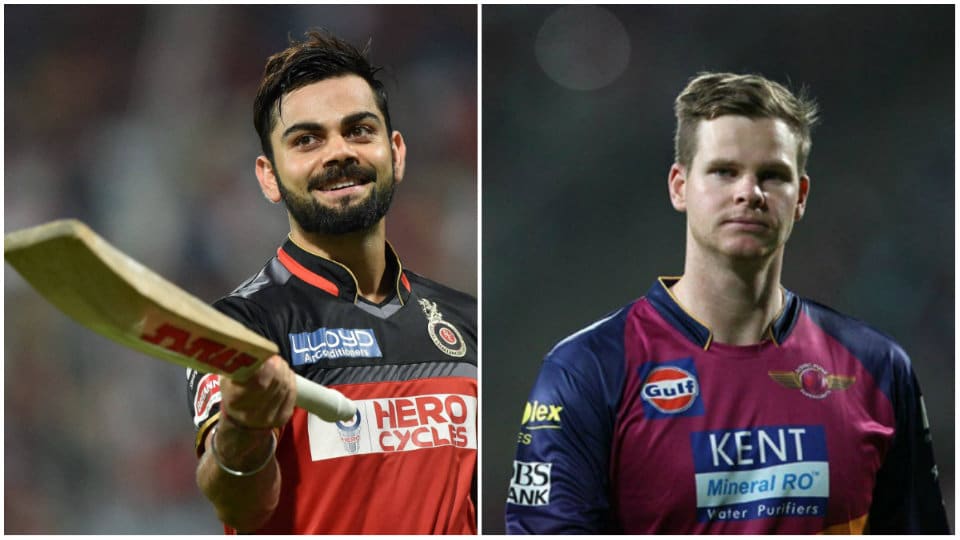 Royal Challengers Bangalore and Rising Pune Supergiant will come up against each other in Match 17 of IPL 2017.With just one win from four matches, both teams have plenty to do to stay in the race to make it to the Playoffs.

In their most recent outing, RCB let the match against Mumbai Indians slip from their clutches; they had MI on the mat at 33-5, before a 93-run partnership snatched the game away. With Virat Kohli back at the helm and Chris Gayle batting at the top, RCB appear close to fielding their best XI. Samuel Badree, despite his impressive record, economy rate of under six, has not got as many opportunities as he’d have liked in the IPL; against MI on Friday evening, making his IPL debut for RCB, he bamboozled the MI batsmen and picked up four wickets, which included a hat-trick in the powerplay  overs.

Rising Pune Supergiant started the season with a win against the formidable Mumbai Indians, but have since lost three on the trot. The team needs an inspiration, a spark, for them to return to winning ways. The batsmen have done fairly alright, barring the match against Delhi Daredevils, but the bowling attack presents a huge worry to the team management; in their last three defeats, RPS have given away 164 in 19 overs, 205, and 172 in 18 overs. That is an area that coach Stephen Fleming and captain Steven Smith need to address immediately. It is only four matches into the season, but RPS have already used up 18 different players, and that illustrates that the team is yet to settle into what they think is their best combination.

This match will feature the top-ranked batsmen in the three formats of international cricket; Steven Smith tops the Test ranking charts, AB de Villiers sits on the perch of the ODI ranking charts, while Virat Kohli is the top-ranked batsman in T20Is. It will be interesting to see who among the three comes up with the defining performance in the match.

Also keep an eye on Chris Gayle, who is three runs short of becoming the first cricketer to score 10,000 runs in T20 cricket.

RPS’ Imran Tahir is the world’s top-ranked bowler in T20Is, while Samuel Badree has exceptional numbers over a long career and Yuzvendra Chahal knows how to buy wickets at the bowler’s graveyard which is the Chinnaswamy Stadium.