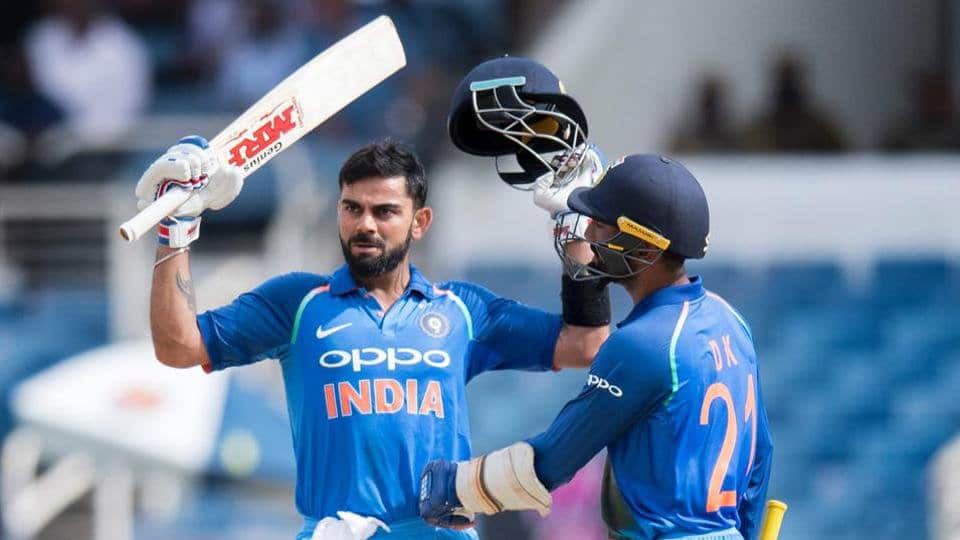 Kohli scored an unbeaten 111 at Sabina Park in Kingston, Jamaica, securing victory in style with a six as India won at a canter with 79 balls to spare to take the five-match series 3-1.

India scored 206 for two wickets in reply after West Indies won the toss and batted, compiling 205-9 off their allotted 50 overs on a good batting surface. Kohli scored at almost a run a ball, smashing 12 fours and two sixes for his 28th ODI century. He was ably assisted by Dinesh Karthik, 50 not out and opener Ajinkya Rahane (39).

Kohli was named Player of the Match, with Rahane Player of the Series. Rahane finished the series with 336 runs at an average of 67.2, taking his opportunity after failing to make the team for the recent Champions Trophy in England.

The Hope brothers provided a rare bright spot for the home team, with opener Kyle compiling a quick 46 off 50 balls, while Shai made a more patient 51 off 98 balls. West Indies captain Jason Holder praised his bowlers, but admitted the batting was not up to scratch during the series.

Chris Gayle returns for West Indies when India’s brief tour of the Caribbean wraps up with a Twenty20 in Kingston on Sunday. Jamaican Gayle has never played an international Twenty20 at Sabina Park.