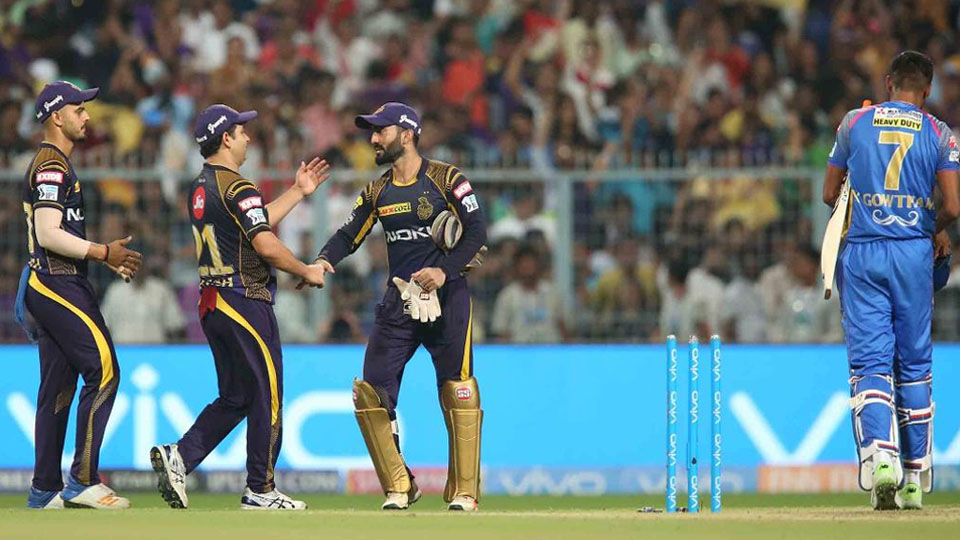 With the loss, Rajasthan have been eliminated from this tournament while Kolkata will play Sunrisers Hyderabad on Friday in Qualifier 2.

Chasing 170, Rajasthan looked steady as their batsmen Ajinkya Rahane (46), Rahul Tripathi (20) and Sanju Samson (50) contributed well during the innings. However, things turned in Kolkata’s favour after Piyush Chawla (2/24) took Samson and Tripathi’s wicket to peg back the chasing side.

Rajasthan crumbled under pressure from the Kolkata bowlers in the latter stages of the match and eventually lost to the better.

Sunil Narine (4), Chris Lynn (18), Robin Uthappa (3) and Nitish Rana (3) failed to accumulate runs for their team. However, Karthik and Russell ensured KKR got to a competitive total.

Krishnappa Gowtham (2/15) was once again brilliant with the ball for Rajasthan. Jofra Archer and Ben Laughlin also took two wickets each.

Andre Russell was chosen as the ‘Player of the Match.’