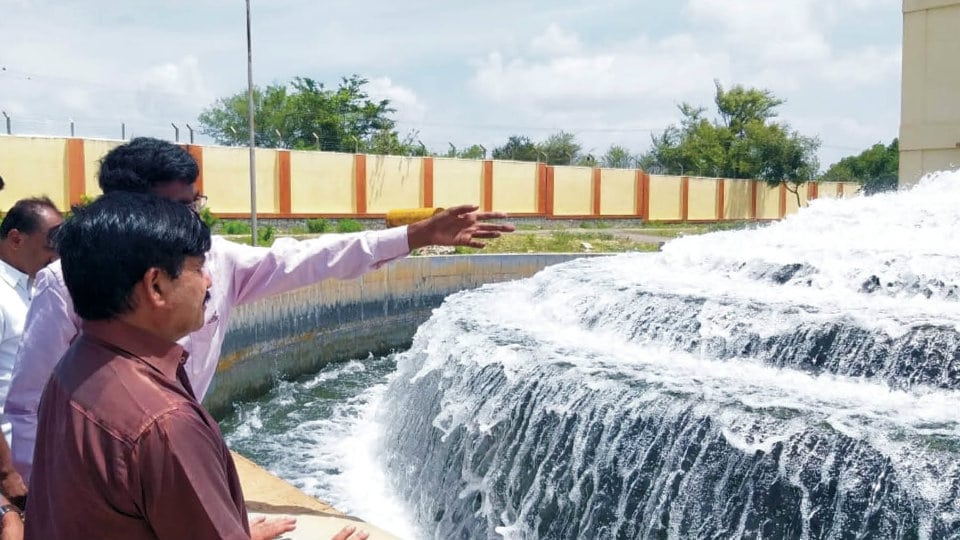 Mysore:  KR Constituency, which has 59 borewells, will be borewell-free and there will be 24X7 water supply in the area by next Ugadi Festival, said MLA S.A. Ramdas.

He was speaking to the press persons here on Tuesday after visiting Bidaragodu Kabini Untreated Water Lifting Plant (Jackwell Point), Hombalu Pumping Station, Udbur Drinking Water Treatment Plant, Kuvempunagar Double Tank, along with the Corporators and officials to study the water crisis following complaints from the residents of the area. One of the main reasons for the erratic water supply was due to frequent power disruption even though there was an express line connection from Jayapura to Jackwell Point. He also collected details on how much water is being pumped.

Ramdas asked the KEB officials why there was disruption in power supply even though there was express power line connection between Bidaragodu and Hombalu Pumping Station.

He took the KEB officials to task in spite of them trying to explain to him the reasons for the disruption and directed them to see that the disruption does not occur again.

In order to use the 22 MLD of water, he asked the officials to install additional filter at a cost of Rs.7 crore.

In the Water Treatment Plant, after the treatment, 3 MLD of water that is wasted is being released. This issue is being discussed with the experts to see how the problem can be solved to re-utilise the water under the Rs.1.77 crore project. If this happens, then the 3 MLD water that is wasted can be utilised, said Ramdas.