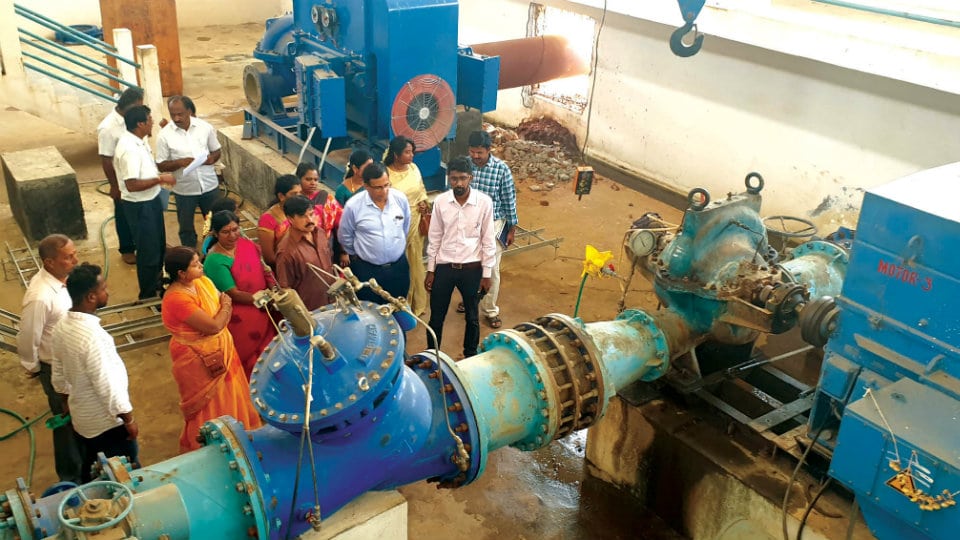 No water problem in another 15 years: MLA S.A. Ramdas

I have directed the officials concerned to see that there will be no water problem in future in the KR Constituency after visiting Bidaragodu, Udbur and Kuvempunagar Double Tank. The main purpose of this visit is to see that in the next 15 years the people of the area will not face any water problem as they will be assured of drinking water from the Kabini River source, said MLA S.A. Ramdas.

Letter to Electricity Department: There is disruption in power supply in the water pumping units and as a result, the residents of K.C. Layout, J.C. Layout, Alanahalli Extension, Siddhartha Layout, Ittigegudu and few other areas are facing water problem. “I am going to write a letter to the KEB asking them to see that frequent power cuts are avoided. Once this problem is taken care of, then there will not be any water problem,” he said.

Letter to CM asking to release the dues: Though the Finance Dept. has been directed to release money for drinking water projects in city, the State Government has not released the money. I will write a letter to the Chief Minister to release Rs.270 crore due immediately for the purpose, he added.