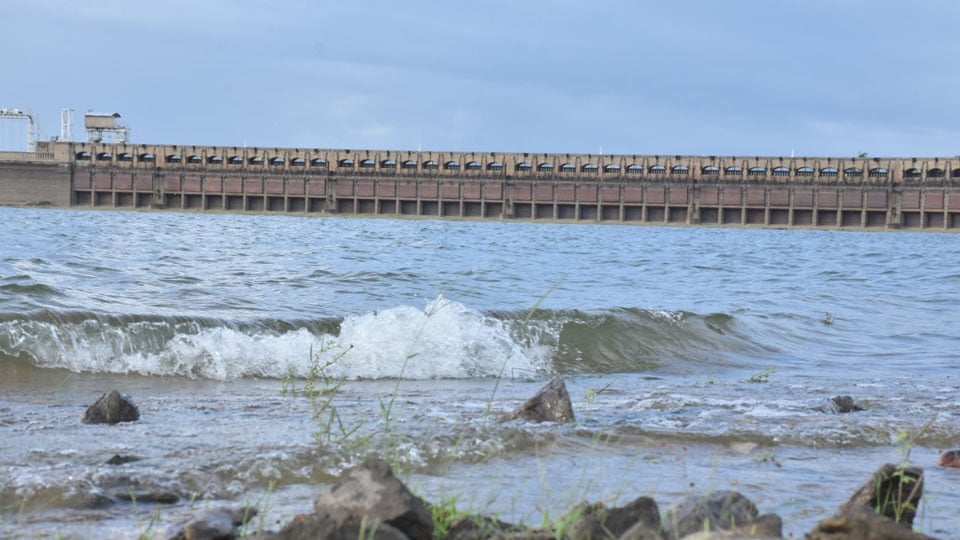 Mysore/Mysuru: Thanks to copious rains in the catchment areas of Kodagu, water level at the Krishna Raja Sagar (KRS) Dam in Mandya District has reached the 100 feet mark. According to the statistics provided by Cauvery Neeravari Nigama Limited (CNNL), water level this morning stood at 100.33 feet as against a maximum level of 124.80 feet.

Indian Meteorological Department, Bengaluru and Karnataka State Natural Disaster Monitoring Centre (KSNDMC) have predicted heavy rains in the catchment areas till next week. As a result, the inflow will touch the 10,000 level and could go above that, officials said.

“It has been raining well after the Dam touched 100 feet in August second week last year. As a result, the water level did not see a dip beyond 92 feet. We were prepared for the inflow and had kept the sluice gates ready. We utilised the lockdown time to well-oil and maintain the gates,” officials added.

The KRS Dam has 173 crest gates when it was built in 1932. But over the passage of time, there were water leaks in the Dam, despite regular maintenance of crest gates. “There is a dedicated team to maintain and keep the gates ready either to receive more water or to discharge water. We have had no visitors since March following the lockdown. We utilised the time and resources to completely clean the gates. Leakages have been plugged and the Dam can safely store water,” they added.