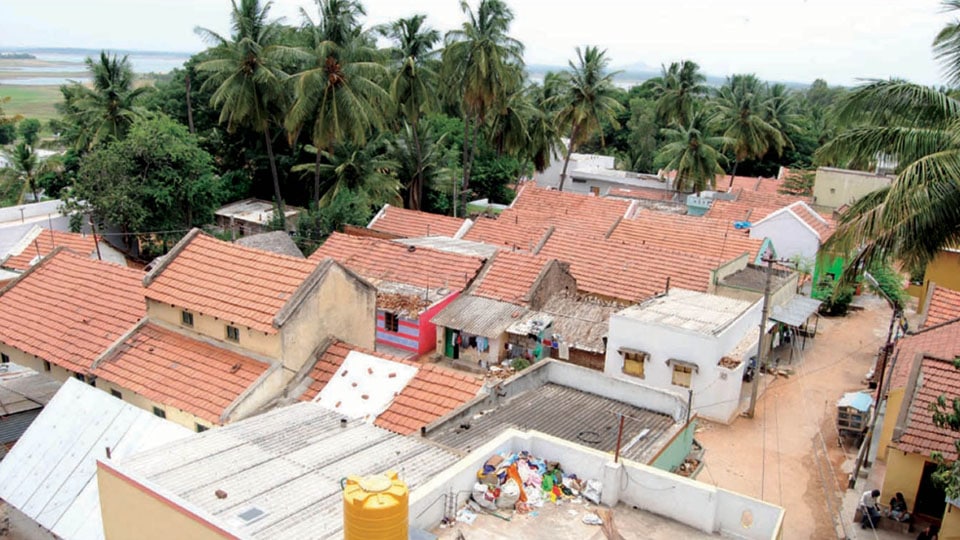 Srirangapatna: After decades of wait, the long pending demand of the villagers of KRS in Srirangapatna taluk of Mandya district has been met with the Government recently declaring KRS as a Revenue Village.

A Revenue Village is a small administrative unit with defined borders. One Revenue Village may contain many hamlets. It is designed to improve the revenue collection mechanism.

The KRS Revenue Village has been formed by modifying the boundary limits of Hongahalli and Hulikere villages. It also includes Sir M. Visvesvaraya Residential Colony of Hongahalli village, where houses do not have land records.

The village has a population of about 12,000 with more than 1,800 houses. But most of the houses did not have land records including Khata. Scary of being evicted, the villagers had petitioned Srirangapatna MLA Ravindra Srikantaiah, who took up the issue with Chief Minister B.S. Yediyurappa when he visited KRS Dam for offering Bagina to Cauvery River in August.

Following the MLAs appeal, the CM had directed the officials to undertake a survey of KRS residential areas. Subsequent to the CM’s direction, the officials carried out a survey and submitted a report recommending declaration of KRS as a Revenue Village with the village map incorporating various survey numbers of Hongahalli and Hulikere villages.

Now, thanks to the efforts of MLA Ravindra Srikantaiah, the Government has declared KRS as Revenue Village, which has brought cheer to thousands of residents. The KRS Gram Panchayat (GP) was formed in 1998 and the first election to the GP was held in 2000. Although KRS was declared a GP, it was not made a Revenue Village and this had deprived the villagers of land records, though they could enjoy their landed properties. But the Government’s declaration of a Revenue Village has come as a huge relief for all the residents coming under KRS Gram Panchayat, which currently has 22 members.

Pointing out that the GP was facing financial crisis with almost nil revenue earnings, he said that the declaration will facilitate the GP to collect taxes from the residents and the money collected can be used for infrastructure improvement in the entire limits of the GP.