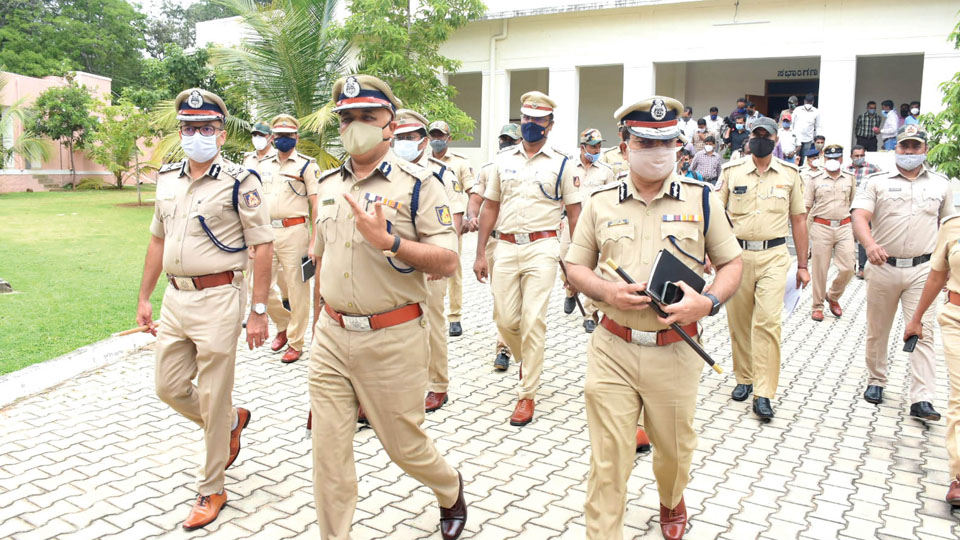 Mysore/Mysuru: The clinching evidence or clue for the Police that led to the arrest of the gang rape accused came in the form of a KSRTC bus ticket to Thalavadi in Tamil Nadu. One of the accused had dropped the bus ticket at the crime scene and his mobile tower location was traced, making it easy for the Police to arrest them.

The victim’s friend had told the Police that all the accused were in the age group of 25 to 30 years.

The accused had surveyed the area on the afternoon of Aug. 24 and one of them had dropped the KSRTC bus ticket in the area that was collected by the investigating team. The bus ticket was to Thalavadi in Tamil Nadu through Chamarajanagar.

Securing the ticket, the Police knew that the accused was from Tamil Nadu and based on the mobile tower location, the Police found that the person, who was present at the crime scene from 7.30 pm along with five other accused, was also present at the location on that afternoon.

Their locations were traced based on the Call Record Details (CDR) and all of them were found to be in Tamil Nadu and were hunted down in Tirupur while one of the accused is absconding.

On the night of horror, the student and her friend headed towards Chamundi Hill and they found a small clearing on the side of the road and stopped their bike.

It was 7.30 by then when a group of intoxicated men arrived at the spot and passed inappropriate comments,  Police sources said.

When they started videotaping the student on their mobile phones, her friend objected to this and the men got violent. The men then sexually assaulted the young woman and roughed up her friend and hit his head with a stone, rendering him unconscious.

The men continued to video-shoot the student even as she was being raped. The men then threatened that if either the student or her friend filed a Police complaint, they would release the video online. After the crime, the accused reached Chamarajanagar and went to Tirupur where they actually belonged to.

The City Police Commissioner had formed a core crack team headed by one ACP and five Inspectors who had past experience in cracking such cases. Of them, one is Nanjangud Dy.SP, one Circle Inspector each from Chamarajanagar and K.R. Pet and two Circle Inspectors from Kodagu. A case under sections 376D (gang rape) and 397 (dacoity) of the Indian Penal Code (IPC) had been registered.