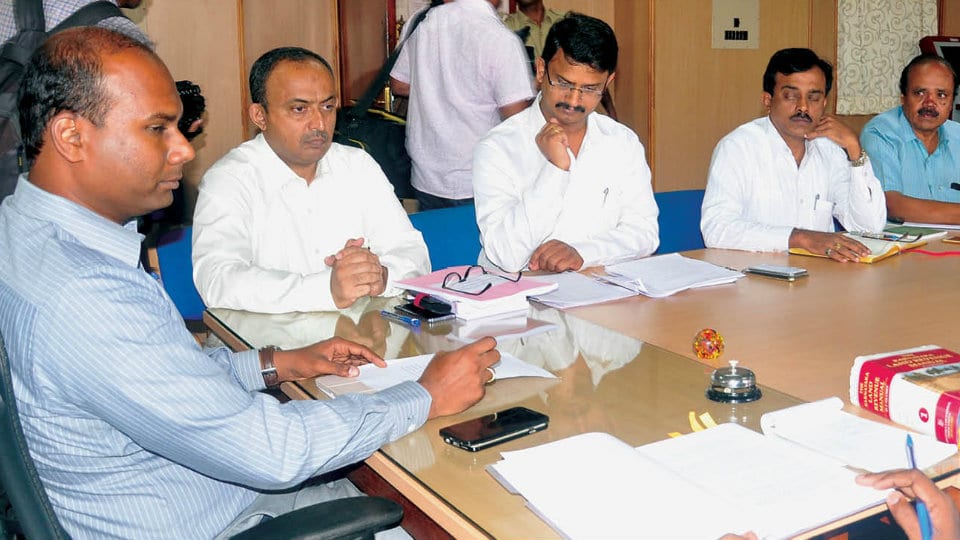 Mysuru: The closed-door meeting to look into the 43 writ petitions on Kurubarahalli Survey No. 4 and Alanahalli Survey No. 41, chaired by Deputy Commissioner D. Randeep, began this noon at the Court Hall of the DC office.

The meeting, which is likely to last 15 days, is being held as the Principal Secretary, Revenue Department Dr. E.V. Ramana Reddy has directed the DC to hold the meeting from today (July 17) and submit a report within a month. All the 43 writ petitions will be scrutinised individually to find out what it contains, the objections raised as to why their properties in Survey No. 4 or Survey No. 41 should not be included under ‘B-Kharab’ land and other issues.

Each petition will take at least 15 minutes to half-an-hour to scrutinise.  The discussions would be held in detail. However, the details of the meeting is confidential and hence it cannot be made public, said a source in the department to Star of Mysore.

It may be recalled that a meeting was held on July 6, 2017, in Bengaluru at the Revenue Department to discuss about the Kurubarahalli Sy. No 4 and Alanahalli Sy. No 41  that the then DC had classified as ‘B-Kharab’ land and passed an order on June 26, 2015.

The Kurubarahalli Sy. No 4 Hitarakshana Samiti members had staged several protests condemning the  lackadaisical attitude of the District Administration and the State Government regarding  the issue.