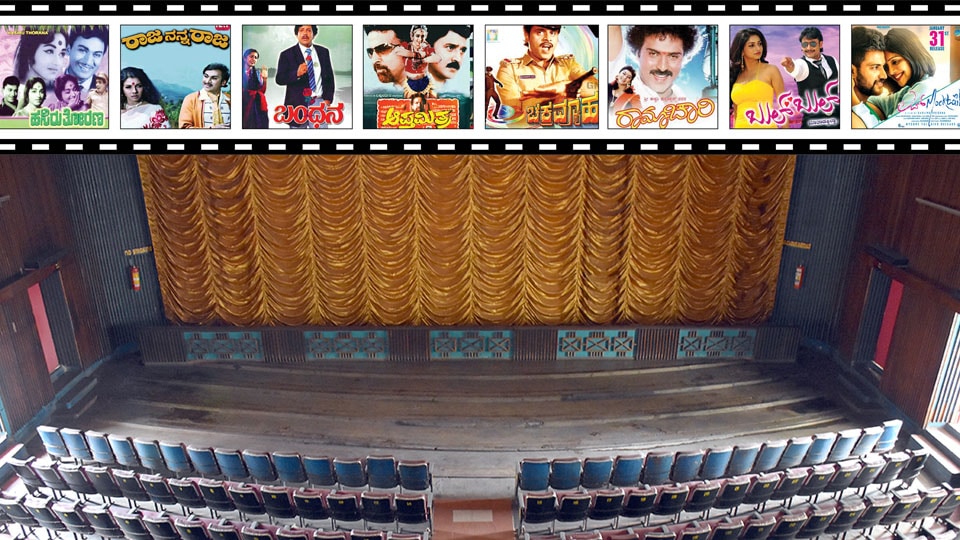 I am not emotive. We ran it as a business house and nothing else. Yet, we miss her because of our long association with her over five decades.” This was the instant reaction of C.S. Subramanian, a partner in Lakshmi Talkies, following rains of questions from media persons wanting to know the reasons for closing down one of the oldest cinema halls of Mysuru.

“The senior partners are catching up with age. The current generation of partners are no longer interested in running this venture with the mushrooming of multiplexes, movies on mobile phones and release of new movies on OTT platform. Gone are the days of people coming to theatres to watch the movies of their favourite stars. The COVID-19 pandemic since February 2020 has put a permanent lock to our Talkies.”

In a Walk-the-Talk with Star of Mysore, Subramanian shared some of the interesting incidents attached to Lakshmi theatre for fifty years. According to him, this theatre originally belonged to Balendu Shah of Mumbai and was opened on April 15, 1949. Subsequently, it was purchased by his father, C. Srikantan and K. Ramarao of Bengaluru, in partnership. It was re-opened on April 24, 1970 with Kannada movie ‘Hasiru Torana’ starring Dr. Raj   Kumar and Bharathi.

On the day of inauguration, the entire theatre was decorated with ‘Hasiru Torana’ (green mango leaves) and a festival-like atmosphere prevailed in the entire area. People were most happy because they had got yet another cinema hall in city. After six years of successful running, the theatre was closed for renovation. The old cinema projector that was in use since 1949 was given retirement. A new projector and the sound system were installed. It was re-opened to public in 1978.

About curtain up song

“Since 1978, we had a few shlokas from Sri Lakshmi Ashttothara. In 1978, I listened to an English music that attracted me very much. It had beautiful music best suited for tapping. I bought LP and started using it as a curtain up song. It was continued till May 13, 2021 — the day of closing down the talkies permanently. Every cinema talkies had a different tune for curtains up but among them our music had attracted many people during those days.”

“Another uniqueness of our talkies had been four sections. During those days we had a separate section in balcony with recliners and another section. In the ground floor, we had a row of seats popularly known as ‘Second Class’ and the first four to five rows as ‘Front Class’ (popularly known as Gandhi Class). Subsequently, all the sections were removed and had only two classes — balcony and ground floor.”

“The big names of Kannada, Tamil and Telugu film-world have visited our theatre. When ‘Raja Nanna Raja’, a popular Kannada movie, starring Dr. Raj Kumar and Bharathi, completed 25 weeks, the movie director, Bhakthavatsalam wanted the function to be held in our theatre. At that time, Dr. Rajanna had come to our theatre for a brief period. I had the rare distinction of receiving him and spending a few minutes with him.

“Dr. Vishnuvardhan, aka Sampathkumar, a boy from ‘Namma Mysuru’, had come to our theatre, when the Kannada superhit ‘Bandhana’ completed 22 weeks. He was a product of Gopalaswamy Shishuvihara and used to visit our theatre whenever he visited Mysuru on shooting or personal work.

“Rebel Star M.H. Ambarish, another native of Mysuru, was coming to theatre to see the audience response to his new releases. Others who had visited our theatre included former CM of Andhra Pradesh, N.T. Rama Rao and former CM of Tamil Nadu, J. Jayalalithaa. Late Jayalalithaa was an ardent devotee of Goddess Chamundeshwari and used to come to Mysuru regularly. One day, we received a telephone call to inform that ‘Jayalalithaa’ madam wants to visit the theatre. Most of the stars used to visit in the evening to avoid the public glare. They were coming directly to my chamber or to the projector room, and then go away. Local lads, Yash and Darshan Thoogudeepa have visited our theatre several times.”

“Unfortunately, we have not preserved photographs of noted film personalities visiting our theatre. We did not understand the importance of those pictures. We need to search the old cupboard or the cupboard for those memories. Usually, press photographers used to come and take pictures of any event but we did not see its need.”

“When there were not much of cinema halls in city, we were screening women-oriented movies to attract lady audience. Women will throng the cinema halls if any Kannada picture has sentiments like mother-in-law torturing daughter-in-law; such movies used to be filled with women audience. We did not find it any difficulty in handling that audience. Certain lady Kannada actors were known for bringing tears in the eyes of women audience and such movies were in great demand to attract the crowd from rural areas.”

“Till 1970s, not much of Kannada movies were produced in Karnataka. At that time, we were screening the movies of all languages. When Crazy Star Ravichandran-starring ‘Ramachari’ was ready for release, we were screening the original movie in Tamil. Ravi asked whether it is okay to screen his movie when the original movie was screened in the morning. Interestingly, the Tamil movie ran for 50 days and the Kannada movie for 100 days. Prior to 1970, limited number of Kannada movies were released. So, the city theatres were screening non-Kannada movies. But this trend changed after 70s. It also changed the fortunes of many cinema halls.”

“The system of issuing tickets in advance was started from my theatre. The movies of Dr. Raj Kumar, Dr. Vishnuvardhan, Ambarish and Ravichandran had a great demand. The fans were sleeping near the ticket counters previous night to see the movie ‘first day’ ‘first show’. To avoid crowd, they started advance booking of tickets; issuing tickets for the shows of two to three days later.”

“While Dr. Raj Kumar’s ‘Hasiru Torana’ was the first Kannada movie to be screened on April 24, 1970, the last movie was ‘Love Mocktail.’ There were no takers for ‘Love Mocktail’ due to new actors and actresses. Upon insistence from Producers, this movie was screened. Initially, there was not much of response from the audience. But it became hit and ran packed house for five to six weeks before the announcement of nationwide curfew due to outbreak of Coronavirus.

“After months of struggle with the State Government on re-opening of single screen theatres, permission was given to open with 50 percent capacity. Accordingly, theatre was re-opened with Standard Operating Procedures (SOPs) announced by the Government. For the morning show, there were four persons, followed by two for the matinee show. None turned up for other shows. This had never happened in the history of Lakshmi Theatre.

“On that day, we decided to close down the theatre. The salary of staff members was settled and they were told to look out for new jobs.”