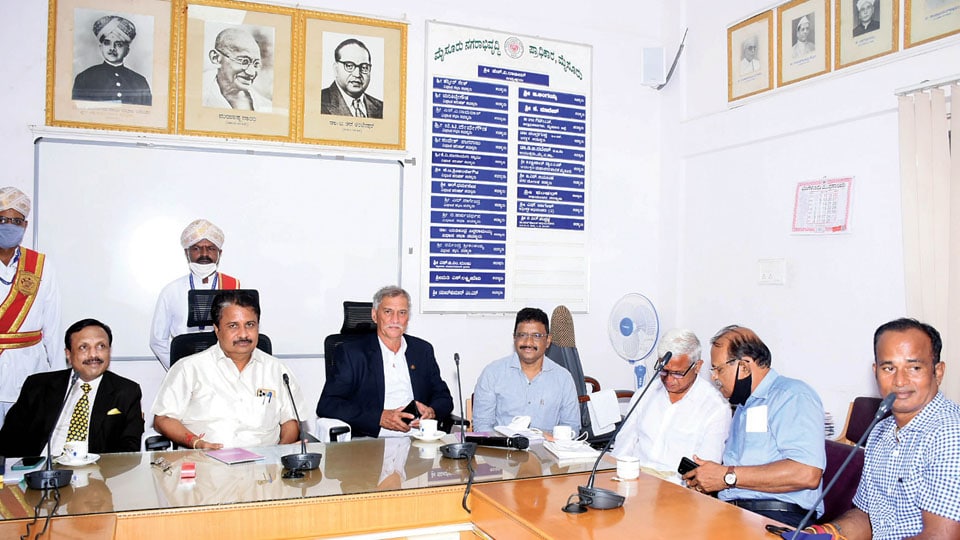 Delegation to meet Chief Minister and District Minister in Bengaluru on Sept. 9

MUDA has already earmarked 19.30 acres of land for the Stadium at Hanchya Sathagalli Layout B Zone to the South of Visvesvaraya Technological University (VTU) Centre on the Ring Road. The KSCA Mysuru Zone had sent a proposal to the MUDA seven years back for the land allotment.

The meeting was attended by KSCA office-bearers, MUDA officials and members. MUDA Chairman Rajeev said, “MUDA has assured full support to KSCA to establish a Stadium in Mysuru and the land documents will be transferred to KSCA’s name once the Government’s approval is received.”

Rajeev also said that a delegation would be taken to Chief Minister Basavaraj Bommai and District in-Charge Minister S.T. Somashekar on Sept. 9.  The project was delayed owing to land issues. MUDA wanted to give the land on an extendable lease but the KSCA wanted to own the land and wanted MUDA to register a sale deed and also sell the land at concession rates.

If the Stadium comes up in Mysuru, the city will be the next destination for cricketing after Bengaluru’s Chinnaswamy Stadium, he added. Cricket tournaments like Indian Premier League (IPL) and other matches will be organised in Mysuru once the Stadium becomes a reality.