Mysuru:  A 7-year-old leopard, which was trapped in a snare at N.Begur in H.D. Kote taluk, was rescued by the Forest Department personnel this morning.

Villagers, who were passing by Basavanapura Road, heard some sound coming from  the roadside and on looking towards the sound, they found a leopard caught in a snare and writhing in pain. They immediately informed the Forest officials. 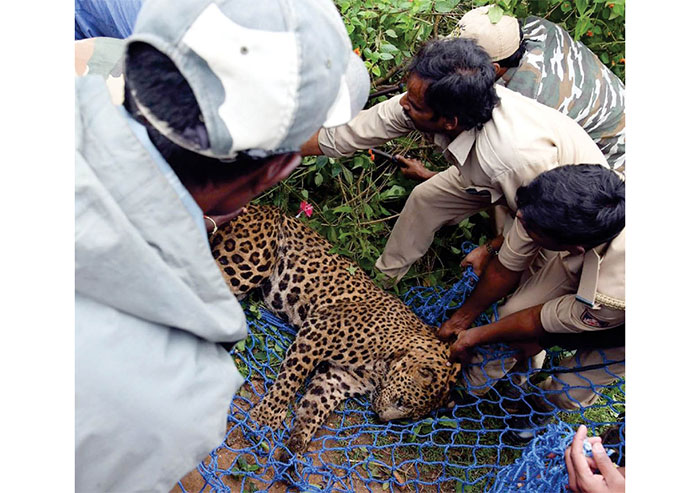 After the leopard fell unconscious, the Forest staff rescued the animal from the snare and shifted the leopard in the Department vehicle to the Forest Office at N. Begur, where it was treated for injuries. A large number of villagers had gathered at the spot to witness the rescue operation.

The leopard will be kept under observation till today evening and will be released into the forest if it recovers, according to Forest officials.