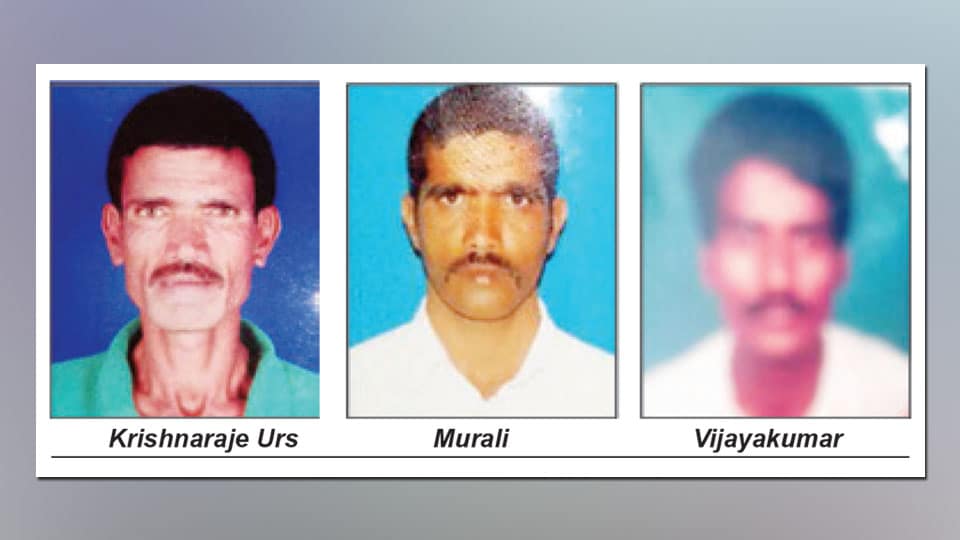 Mysuru and Hassan received moderate to heavy rainfall, accompanied by lightning and thunderstorms, yesterday and due to the impact three farmers were killed in different incidents.

Forty-year-old Krishnaraje Urs, son of Veeraraje Urs, a resident of Rajanabilaguli village, was killed when lightning struck him near his field. He was standing under a tree along with 65-year-old Eshwarappa, son of Sannappa. Eshwarappa, who sustained injuries in the lightning strike, has been admitted to Periyapatna hospital.

Krishnaraje Urs had left home in the evening along with some manure to his fields. To take shelter from the sudden downpour, he and Eshwarappa stood under a tree when the tragedy occurred.

Periyapatna Tahsildar J. Mahesh along with other officials inspected the spot and Bettadapura Police have registered a case. Krishnaraje Urs leaves behind his wife Kumari and daughters 6-year-old Amritha & 4-year-old Ananya.

In the second incident, two farmers were killed at Basavanahalli village in Arakalagud taluk, Hassan. The farmers have been identified as 45-year-old Vijayakumar and 35-year-old Murali. Both of them were working at their fields when thunderstorms hit the village at 4.30 pm.