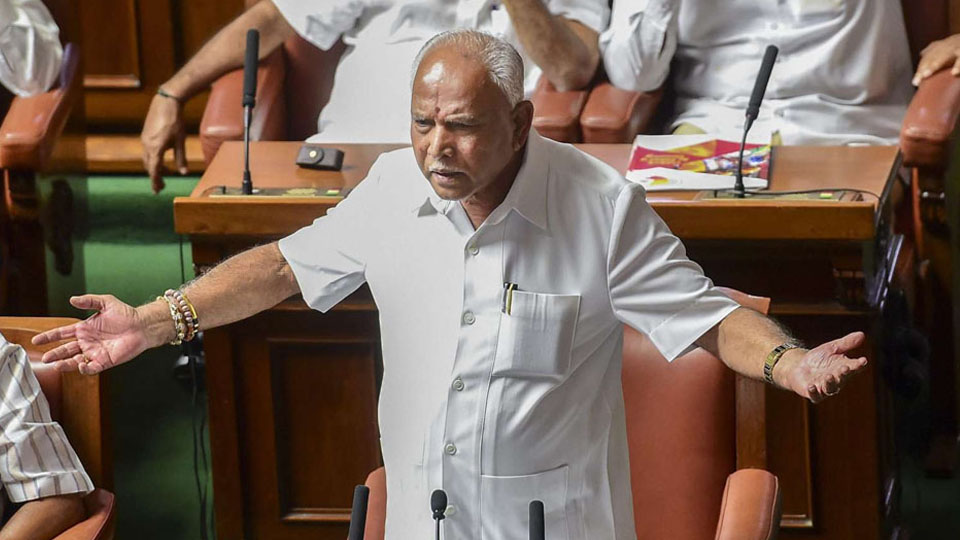 Bengaluru: Condemning Kumaraswamy Government for the delay in fulfilling its loan waiver promise, the Opposition BJP is gearing up for Statewide protests from June 30, if the CM fails to deliver on his promise. The protest will be organised by BJP’s Raitha Morcha from June 30 to July 15 in all the 224 Assembly segments of the State.

Even as CM H.D. Kumaraswamy has been maintaining that he is working on the scheme and that it will be announced shortly, the BJP has been mounting pressure on the State Government to announce complete farm loan waiver, including those availed by the farmers from Nationalised Banks.

BJP State President B.S. Yeddyurappa has formed six teams of leaders to stage protests and also hold interactions with farmers in all regions of the state.

bjp farm loan waiver protest
G.T. Devegowda to get Excise portfolio
HDK says ‘nobody can touch me’ until 2019 elections