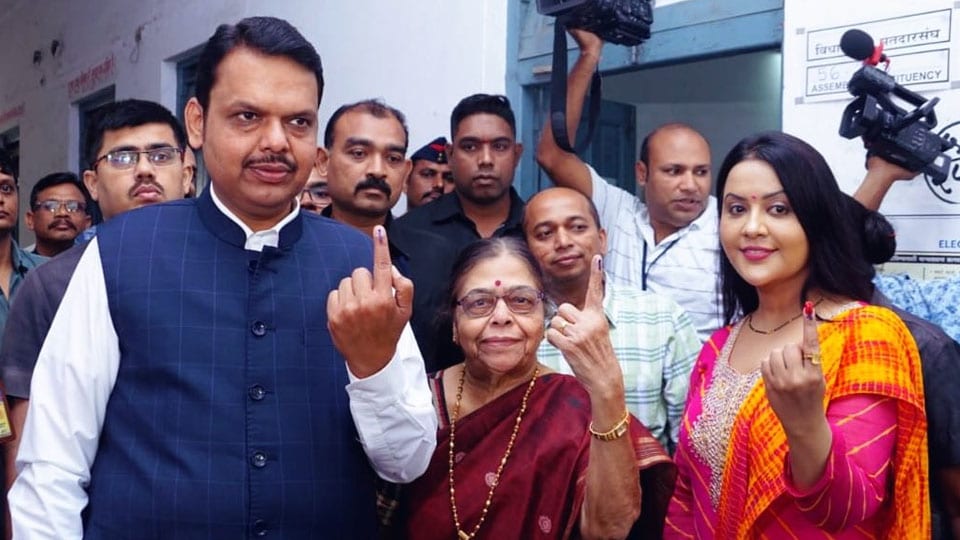 New Delhi: Low voter turnout was recorded in Maharashtra and Haryana where voting began at 7am today for the Assembly elections.

Polling is underway for 90 seats of Haryana and 288 Assembly constituencies of Maharashtra.

The electoral fate of over 4,400 candidates — 1,169 in Haryana and 3,237 in Maharashtra — will be sealed in EVMs by voters. Polling is also being held for the by-election to 51 Assembly seats and two Lok Sabha constituencies spread across 18 States.

For the 288-member Maharashtra Assembly, the BJP and Shiv Sena are contesting in an alliance while the Congress and the Nationalist Congress Party or NCP are contesting together in the other big alliance.

Till 1 pm, an average of 24.39 per cent voting was recorded in Maharashtra and Haryana. The estimated voter turnout till 1 pm in Haryana is 33.46 percent while Maharashtra stands at 22.79 percent.

Fresh from its Lok Sabha victory, the BJP will seek to retain its bastions in Maharashtra and Haryana, while the Opposition parties hope to turn the tide by taking advantage   of anti-incumbency.