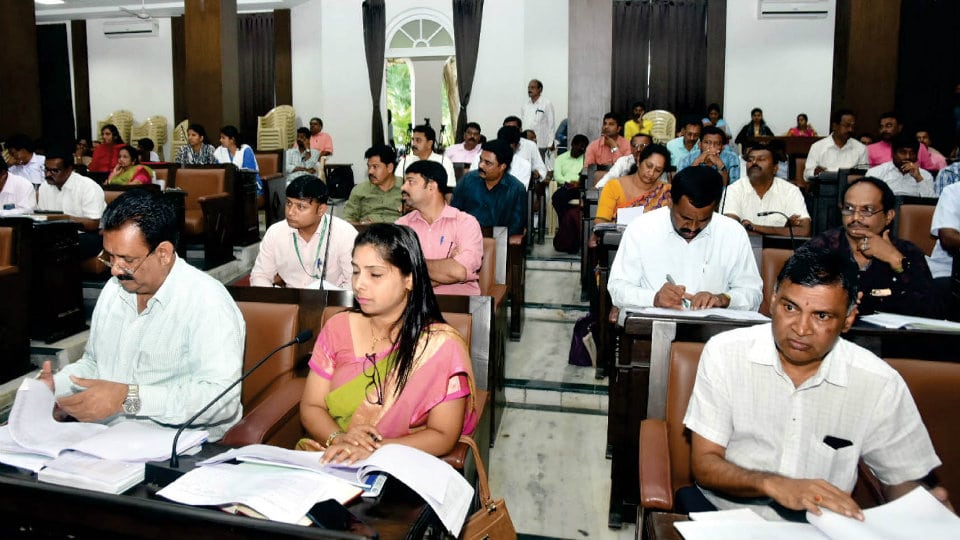 Mysuru: Officials from Mysuru Urban Development Authority (MUDA) were at the receiving end during the Mysuru Taluk Karnataka Development Programme (KDP) meeting held at ZP Auditorium in city this morning.

Former Minister and MLA G.T. Devegowda (GTD), who was visibly irked by the functioning of MUDA officials, said MUDA had become non-functional as no new layouts were being developed or sites were being                 distributed. “If this continues, there would be no other option but to close down MUDA,” he added.

During the course of the meeting, GTD was shocked to learn that the historic Dewan Poornaiah Canal that runs in Bogadi has been closed which is against the set norms           by the Government.

GTD questioned MUDA officials as to why action was not taken against those responsible for closure of Dewan Poornaiah Canal near Bogadi. The MLA was shocked to hear the ‘canal closed’ reply as one of the MUDA officials said that the canal was being closed following MUDA Commissioner’s orders.

GTD told the official it was against Government rules to close any canal and those responsible could also face legal action. Stating that Dewan Poornaiah Canal was being encroached, he urged MUDA to conduct a fresh survey and re-acquire MUDA lands that have been encroached.

He also took serious exception over bad roads in Vijayanagar coming under his constituency and also mentioned about irregular drinking water supply in Hootagalli, Hinkal and Vijayanagar. He warned officials of suspension if people complain that there is no drinking water.

GTD added that an inspection of all ongoing and completed works would be held under the leadership of District Minister V. Somanna and those officials found guilty of not discharging their duties would be punished.