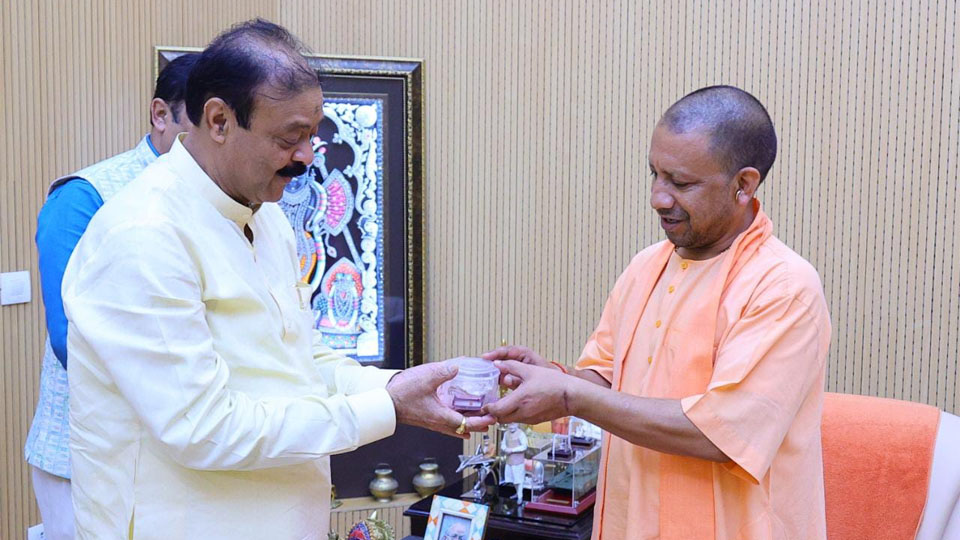 K.R. Pet: Minister for Sericulture, Youth Empowerment and Sports K.C. Narayanagowda said that the 2nd Maha Kumbha Mela will take place at Triveni Sangama near Ambigarahalli in K.R. Pet taluk from Oct. 13 to 16.

Speaking to press persons after presiding over a preparatory meeting at Yatri Nivas of the Tourism Department near Ambigarahalli Triveni Sangama, Narayanagowda, who is the MLA from K.R. Pet, said that more than 3 lakh people are expected to take part in the four-day grand event.

Karnataka Chief Minister Basavaraj Bommai, Uttar Pradesh Chief Minister Yogi Adityanath, Seers of Suttur Mutt, Adichunchanagiri Mutt, Baby Mutt and other Seers and dignitaries from across the State will take part. He further said that Balamahadeshwaraswamy Temple, Sri Sangameshwaraswamy Temple and other temples at Triveni Sangama will get a facelift and all roads leading to the Sangama will be developed. Also, officials have been directed to ensure that Civic Amenities are in place during the grand event, he added.