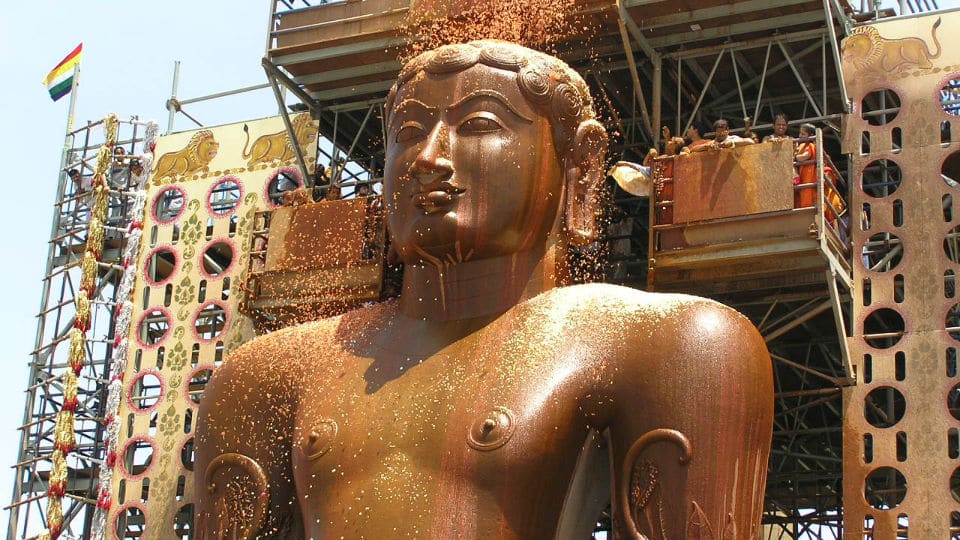 Mahamastakabhisheka: SWR to run additional trains to Shravanabelagola from Bengaluru and Hassan

Mysuru: Maha-mastakabhisheka of Lord Gommateswara at Shravanabelagola, celebrated once in 12 years, will be conducted from Feb. 7 to Feb.26, 2018.

South Western Railway (SWR) is planning to run additional train services to Shravanabelagola from Bengaluru and Hassan to facilitate pilgrims during the period.

A.K. Gupta, General Manager (GM), SWR, inspected  Hassan and Shravanabelagola Stations on Oct. 13 in connection with preparatory arrangements and to plan necessary amenities for the convenience of the passengers during Mahamastakabhisheka.

He was accompanied by Divisional Railway Managers of Bengaluru and Mysuru R.S. Saxena, Atul Gupta and various Heads of Departments.

A press release from SWR stated that 12 additional services are being planned from Bengaluru and Hassan to Shravanabelagola during the celebrations.

Additional stalls for food and beverages will be planned at Hassan. For uninterrupted power supply backup generators are arranged.  CCTV and high speed Wi-Fi at Hassan and Shravanabelagola Stations will be provided.

The team of officers later met the Seer of Shravanabelagola Digambar Jain Mutt and sought his guidance.