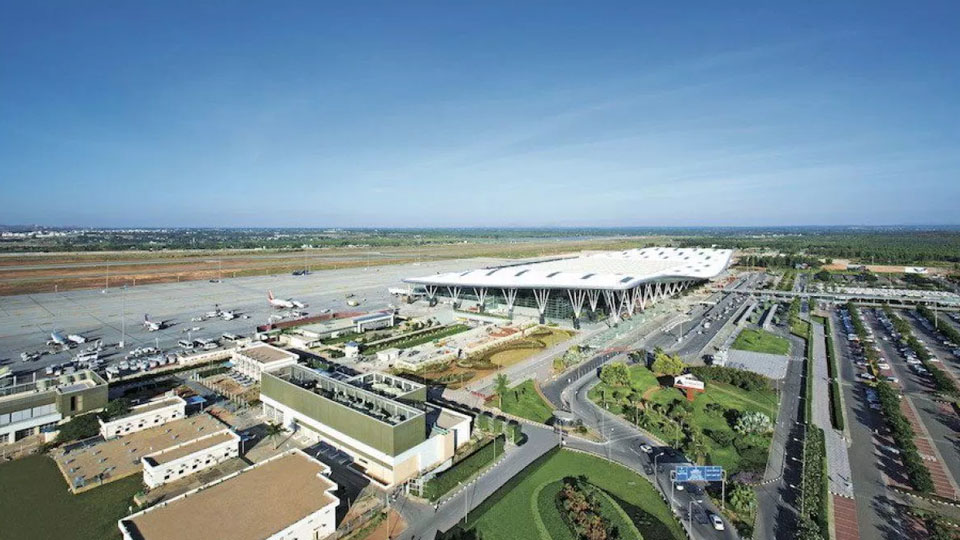 Bengaluru: For the next two years starting from June 10 (today), the 1.4 km main access road to the Kempegowda International Airport (KIA) terminal will be closed due to expansion work. During this period, traffic will be directed through the South access road which was opened recently. The road runs parallel to the main access road and is six lanes wide.

The main access road which is currently four lanes wide will be expanded to a 10-lane road by early 2021. As part of the same expansion plan, to manage increasing cargo traffic, the secondary road leading to the Cargo Terminals will be widened to four lanes later this year. The Trumpet interchange too will be expanded — from the existing three to five lanes, on either side — without causing any disruptions to traffic movement.

“Owing to a sharp rise in passenger volumes and cargo transportation, vehicular movement at the BLR Airport has witnessed a rapid surge. The trend will increase as the passenger volumes are expected to grow at an intense pace in the coming years. To cater to this stupendous growth, BIAL has invested Rs. 13,000 crore to construct a Terminal 2, second runway and other associated projects,” Bangalore International Airport Limited (BIAL), the company that manages the airport, stated.

KIA is currently the busiest airport in South India and the third largest in the country. It was built as a private-public partnership. Private promoters hold 74% (Fairfax 48% and Siemens Projects Ventures 26%) stake in BIAL, while the Government holds the remaining 26% — through Karnataka State Industrial & Infrastructure Development Corporation Limited (13%) and Airport Authority of India (13%).

The Airport began operations in May 2008 with over 37 passenger airlines and 12 cargo airlines connecting Bengaluru to the rest of the country and world. For financial year 2018-19, it clocked 33.30 million passengers registering a 23.8% year-on-year growth.