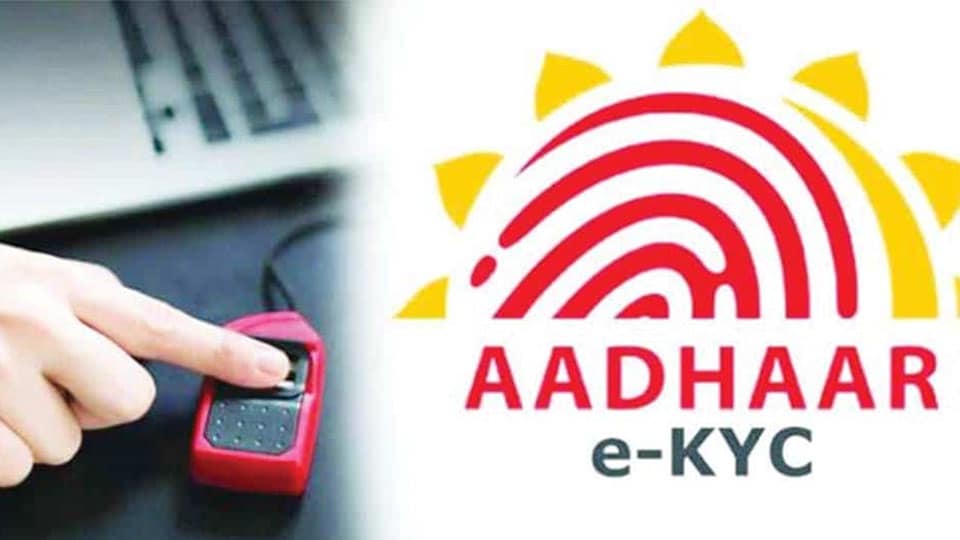 Ration will be stopped for unlinked cards from August

Bengaluru: Those who have ration cards must link that card to Aadhaar Card to get continuous supply of rations. The deadline for linking Aadhaar with ration cards is July 31 and if the cards are not linked by then, rations will be stopped from August.

The process of linking ration card with Aadhaar is a part of e-KYC initiative and once the linking is done, the authorities can easily identify the details of genuine ration card holders, card holders who have passed away and those who have shifted their residence but continue to use their old addresses to procure rations. Duplication and bogus cards will be eliminated in          the process.

The e-KYC initiative has already begun and card holders of different categories (Above Poverty Line, Below Poverty Line and Antyodaya) can link their cards at the fair price shops. They need not go to any private firm or a cyber cafe to do the same.

Linking Aadhaar numbers with ration cards was one of the measures introduced to weed out bogus ration cards. The Supreme Court has also allowed the use of Aadhaar identities for the Public Distribution System (PDS) and the State Government had directed the ration card beneficiaries to link the details before July 31.

The Department of Food and Civil Supplies will launch special drives to create awareness among the public on linking the details. “Aadhaar is transparent and accountable.

The linkage is an effective way of weeding out bogus cards. Hence, the beneficiaries should cooperate with the department to accomplish the task,”                      officials said.

Those not submitting details would face difficulties in receiving the benefits in future, they added.

Problems in Aadhaar seeding have cropped up in cases where the Aadhaar card holder has shifted his or her residence. Such Aadhaar card holders must take steps to get their Aadhaar address updated and submit the same to the Department, he said, adding that this will enable the Department to meet the target date set for Aadhaar seeding, officials said.

The government directive says that linking Aadhaar and ration card must be done free of cost and fair price shops cannot charge any fee from consumers. On behalf of the consumers, the State Government itself pays Rs. 5 per registration per person.

If there are any shops that charge money, complaints can be lodged with Food and Civil Supplies Department.