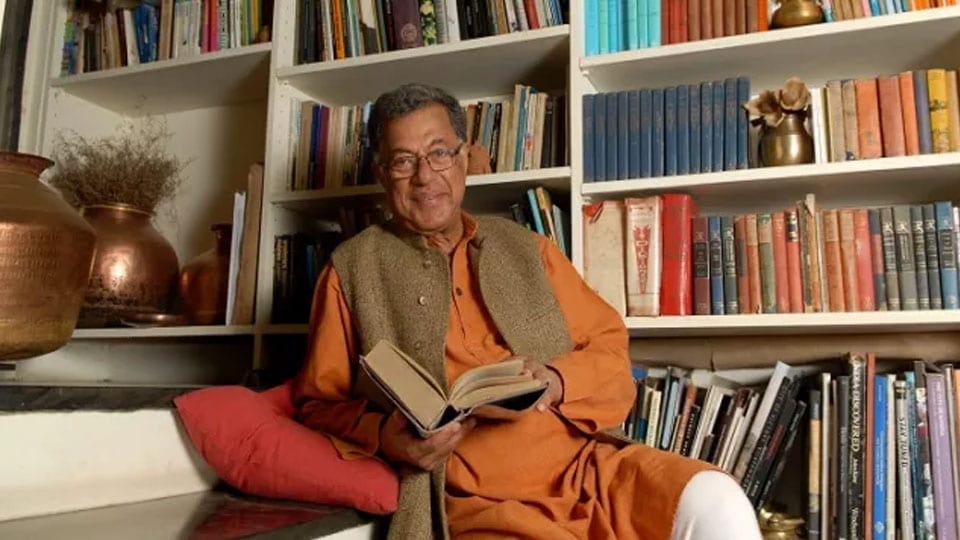 Bengaluru: Noted actor, filmmaker, playwright and Jnanpith Awardee Girish Karnad passed away this morning. He was 81. Karnad succumbed to a prolonged illness at his residence on Lavelle Road in Bengaluru. Karnad is survived by his wife Saraswathi and son Raghu Karnad.

To mourn the death, Chief Minister H.D. Kumaraswamy announced a holiday today. “It will be a holiday today for one day for all government offices, schools and colleges. Karnad will be cremated with State honours and there will be three days of mourning.”

Karnad’s family has, however, stated that Karnad’s body will be cremated without State honours and without any sort of religious rituals as Karnad did not believe in rituals. When he was chosen to inaugurate Mysuru Dasara in 2014, there was a debate that atheists should not inaugurate the festival, for the reason that they do not believe in the existence of God.

Replying to the raging controversy, Karnad, while inaugurating Dasara atop Chamundi Hill in 2014, had said, “According to my understanding, nasthikas (Atheists) are those who despise the Vedas and the caste system. If it is considered as the true meaning for the word, I am happy to be known as a nasthika, while Jains, Buddhists and litterateurs of yore, Pampa, Ranna and Janna, also fall in the same bracket. The exact word for ‘nasthika’ in Sanskrit is ‘nireeshwara,’ for people who do not believe in the existence of Eshwara (God).

Soon after the death, Karnad’s body was shifted from his residence on Lavelle Road as the family members did not want crowds to assemble in front of the house. The body was later taken to Kalapalli Crematorium at Bayyappanahalli. Till around 2 pm, only close relatives and theatre personalities were allowed inside the crematorium. The cremation was scheduled to take place at 4 pm.

Speaking to reporters, Karnad’s son Raghu Karnad said that they did not want people to crowd Karnad’s house causing inconvenience and traffic snarls. “My father did not believe in any religious rituals and that is why we have decided to cremate him without rituals and even State honours,” he said.

Girish Karnad is one of Kannada literature’s foremost playwrights. Following the news of his death, condolences poured in from across the country including from Prime Minister Narendra Modi.

Modi wrote: “Girish Karnad will be remembered for his versatile acting across all mediums. He also spoke passionately on causes dear to him. His works will continue being popular in the years to come. Saddened by his demise, may his soul rest in peace.”

Karnad has written numerous plays and has also acted in a number of Kannada and Hindi films.