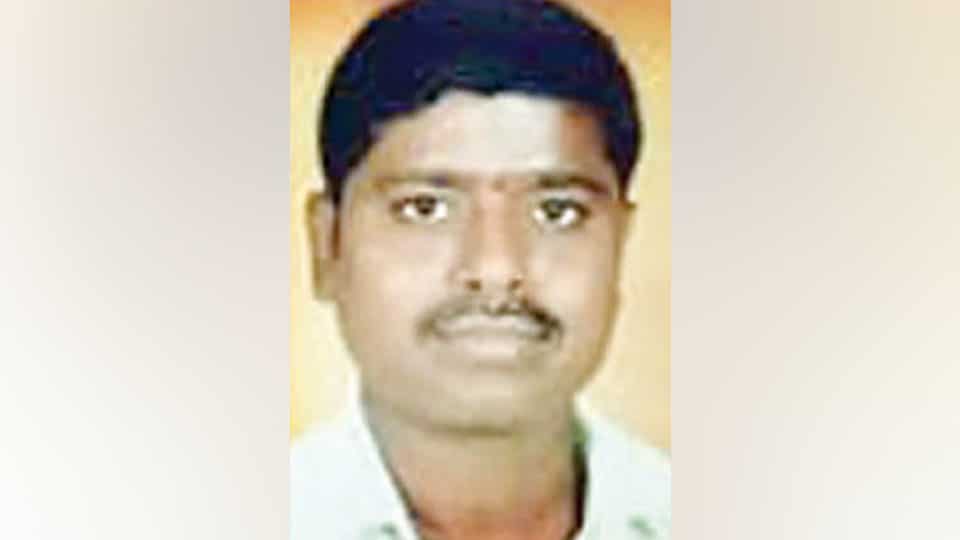 Mysore/Mysuru: A 36-year-old man has gone missing since Sept. 29 after leaving behind a ‘suicide’ note. The missing man is K. Venkatesh, son of Krishnappa and a resident of Ramabainagar in city.

According to the complaint lodged by Krishnappa at Mysuru South Police Station, Venkatesh, a banana trader, has left a note stating that he was committing suicide before leaving home on his TVS 50 moped.

Venkatesh is 5 ft. tall, normal built and dark complexioned. Those having any information about Venkatesh may contact Mysuru South Police Station on Ph: 0821-2444955 or call the District Police Control Room on Ph: 0821-2444800, according to Mysuru South Assistant Sub-Inspector Swamygowda.

Mysuru South Police have found a body of an unidentified man near Varuna Canal on Sept. 29, and have shifted the body to MMC&RI mortuary besides registering a case.

The deceased is aged between 35 and 40 years, well built, bald, has the name ‘Madamma’ tattooed on his right hand and was wearing a white coloured full arm shirt and blue shorts when found. The kith and kin of the deceased may contact Mysuru South Police on Ph: 0821-2444955 or call the District Police Control Room on Ph: 0821-2444800.