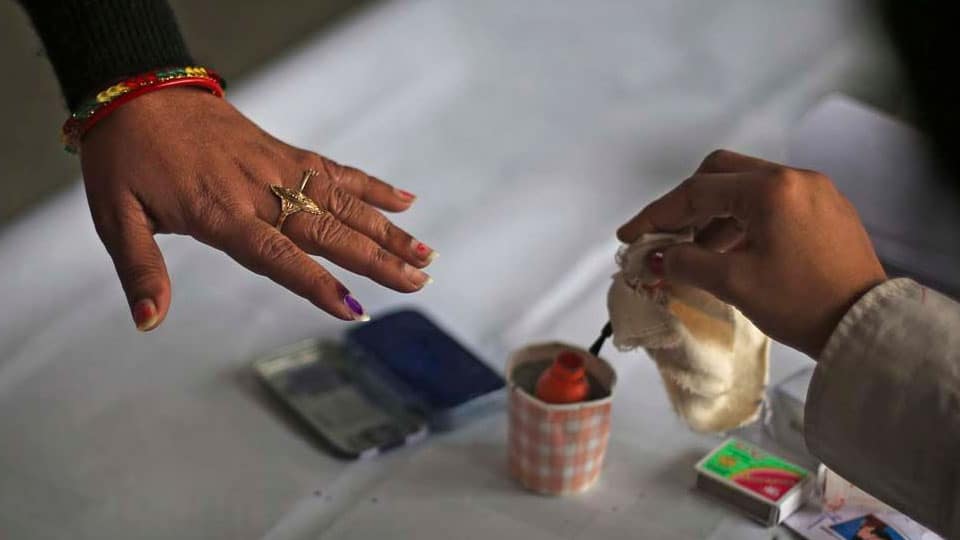 Mysuru:  Nearly 800 villagers of Marase village in Varuna hobli  of Mysuru taluk, which comes under Chief Minister Siddharamaiah’s constituency (Siddu had won the Assembly polls from here in 2013 and now his son Dr. Yathindra is contesting the 2018 polls), have decided to boycott the Karnataka Assembly elections on May 12.

The villagers, in a letter to the Karnataka Chief Electoral Officer, the Deputy Commissioner, Superintendent of Police and Varuna Constituency Electoral Officer, have stated that they are going to boycott the election and have urged that none of the officers related to Election must step into the village.

The villagers, a majority of them belonging to SC, ST community, had been given Grama Tana (Government land) sites along with Title Deeds but not given possession of the sites. Due to pressure from an influential force, the officers had illegally converted the land into revenue land and handed it over to the landowner.

“Our fight is not against the land owner but against the Government as they had been promising us to give possession of the sites since 2003. The land owner had even attacked us then, and one of our villagers Sannadevamma was killed in the attack. The then Deputy Commissioner G. Kumar Naik had paid a compensation of Rs.10,000 to the victim’s family,” said Bhyresh, a daily wager and one of the persons spearheading the agitation,  speaking to Star of Mysore, here this morning.

Asked why the CM had not done anything to them, he said, “There is no doubt that roads and other amenities have been provided. But when it comes to our rights to our property, every political leader in the constituency has only promised to set things right but failed to do so.”

According to Bhyresh, there are 800 people living in the village out of whom 549 are voters and among them 251 are women, 279 men and 39 are freshly registered voters out of who 16 are women and 23 men. Most of them are working as daily wagers and they come to Mysuru in search of jobs. “The Tahsildar, the Police and the Electoral Officer, all came yesterday to our village to convince us from withdrawing the boycott. But we made it clear to them that unless our problem is solved, we will not withdraw from the boycott and also asked the officials not to visit the village again,”  said Bhyresh.