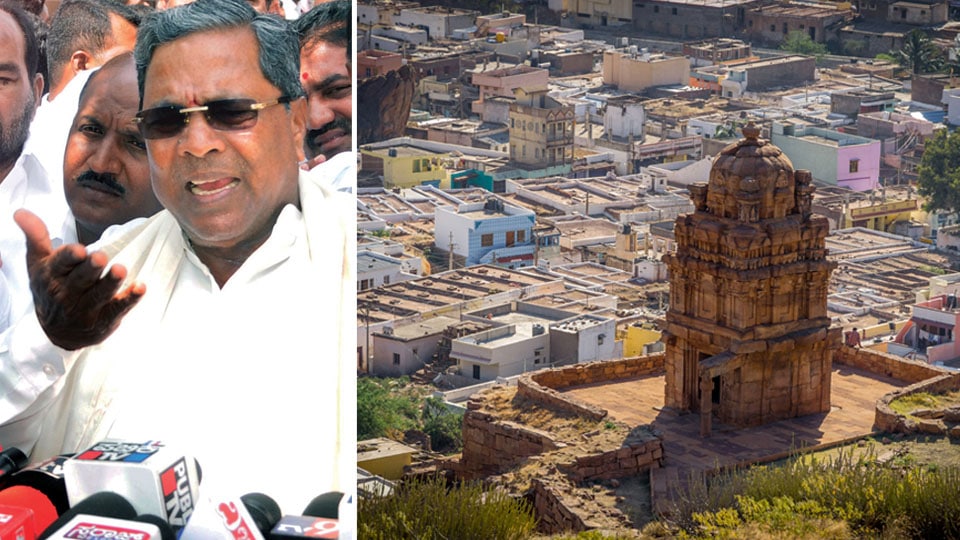 ‘Save Siddu’ Plan By Congress

Mysuru:  Two days after it released its first list of 218 candidates for the Assembly elections, the Congress yesterday put on hold the distribution of ‘B-Form’ for Badami, rekindling the debate on fielding Chief Minister Siddharamaiah from Badami and Chamundeshwari.

With Chamundeshwari likely to be a close contest and with JD(S) going after it full throttle, it won’t be a surprise if Siddharamaiah opts for Badami as his second seat at eleventh hour, sources said.

While party sources said that Siddharamaiah bargained hard for tickets from Chamundeshwari and Badami at the meeting of the Party Central Election Committee in New Delhi, he could not convince the High Command. But the CM still nurses the hope of contesting from two places. As if to prove this, Siddharamaiah gave two conflicting statements this morning at his residence in Mysuru.

Addressing reporters, he said, “The party is having a rethink on its decision to field Devaraj Patil. Ticket for Devaraj has drawn strong protest from four-time MLA from Badami B.B. Chimmanakatti who had expressed his readiness to give up the seat for me. There is still confusion in Badami and that is why it has been put on hold.”

KPCC President Dr. G. Parameshwara and AICC General Secretary K.C. Venugopal are likely to arrive in Mysuru today to hold a meeting with the CM.

Venugopal and Parameshwara are expected to discuss the possibility of CM contesting from Badami, the caste factor in Chamundeshwari and Badami, the popularity of incumbent Chamundeshwari JD(S) MLA G.T. Devegowda and the winnable factors in both the constituencies.

A clear picture about Siddharamaiah contesting from Badami and Chamundeshwari is likely to emerge after the meeting.