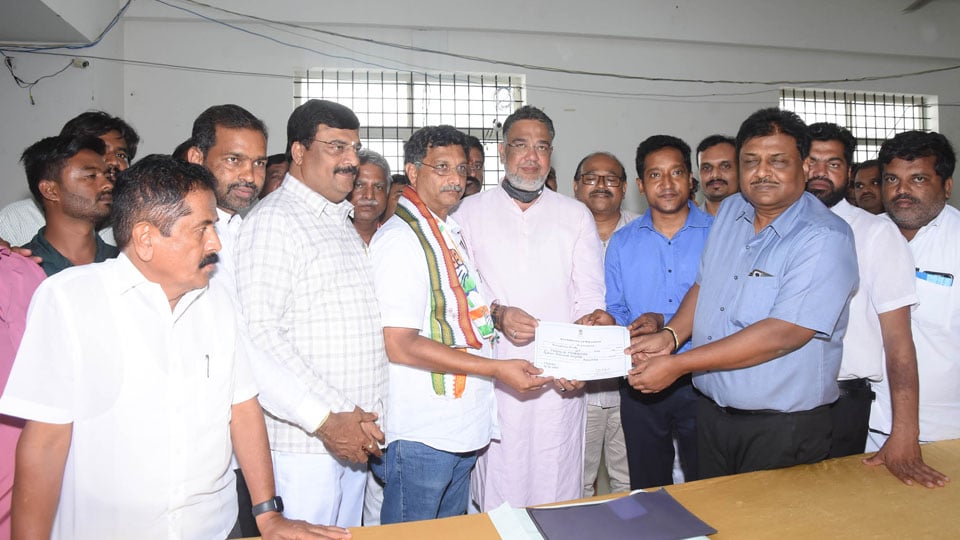 Mysore/Mysuru: Stating that early campaigning and other preparations helped him in his victory in the Legislative Council Polls from South Graduates Constituency, the newly elected Congress MLC Madhu G. Madegowda said that the Congress victory can catapult the party to victory in the forthcoming Assembly polls.

He was speaking at the felicitation function organised at Congress Bhavan near the City Railway Station here yesterday.

Maintaining that he got a good number of votes from Hassan, which is considered as a JD(S) bastion, Madhu said that the election result goes to show that Hassan will soon turn into a Congress fort. Noting that the Congress party workers relentlessly campaigned for him as a team, he said that the support of seniors like Opposition Leader Siddharamaiah and KPCC President D.K. Shivakumar helped him sail through comfortably.

KPCC Working President and former MP R. Dhruvanarayan said that the party campaigned in an organised and well-structured manner for Madhu Madegowda after he was declared the party candidate a year ago. Complimenting Madhu for his strategy in attracting educated voters, he said that the Congress victory will be a big boost for the party ahead of next year’s Assembly polls.