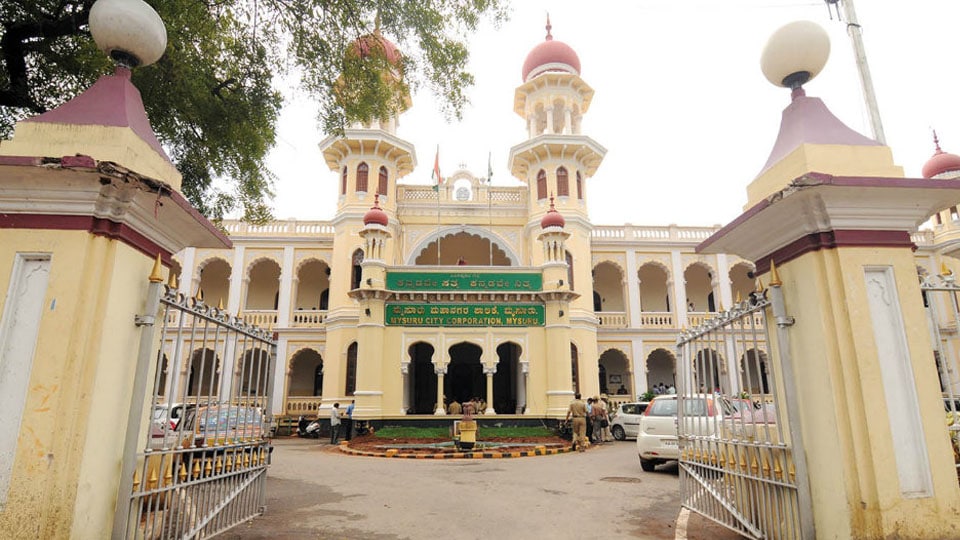 Mayoral Polls: BJP making behind the scene moves to wrest power in MCC

Mysuru: Buoyed by the emphatic victory of the party in the recently held Assembly by-polls, the BJP, which does not have enough numbers on its own to attain power in the 65-member Mysuru City Corporation (MCC), is said to be making behind the scene moves to wrest the Mayor’s post, even before the Government would announce the reservation matrix for the Mayoral polls.

The term of the current Mayor Pushpalatha Jagannath of the Congress ended on Nov.16 and she continues to remain in the post as the Mayoral poll schedule is yet to be announced. As no party gained majority in the 65-ward MCC, the elections to which were held in August last year, the Congress reached an understanding with the JD(S) to gain power in the civic body, following which Pushpalatha Jagannath was elected as Mayor on Nov.16, 2018.

The Congress and JD(S), by entering into an agreement, kept the BJP, which had the highest number of Corporators (22), out of power.

The Congress and the JD(S) were part of the coalition Government in the State then. But with the change in political scenario in Karnataka and the BJP coming to power, the city BJP leaders who are very much anxious about coming to power in the civic body, have started working out plans to wrest power from the Congress-JD(S) combine.

The BJP has 22 Corporators, Congress 19, JD(S) 18, BSP 1 and 5 Independents. Even as the BJP is making behind the scene moves, the second largest party in the MCC, the Congress, too is working out a strategy to retain power with support from the JD(S) and independent Corporators, according to sources. However, the moves by political parties is expected to gain fresh traction only after the Government announces the seat matrix for the Mayoral polls.