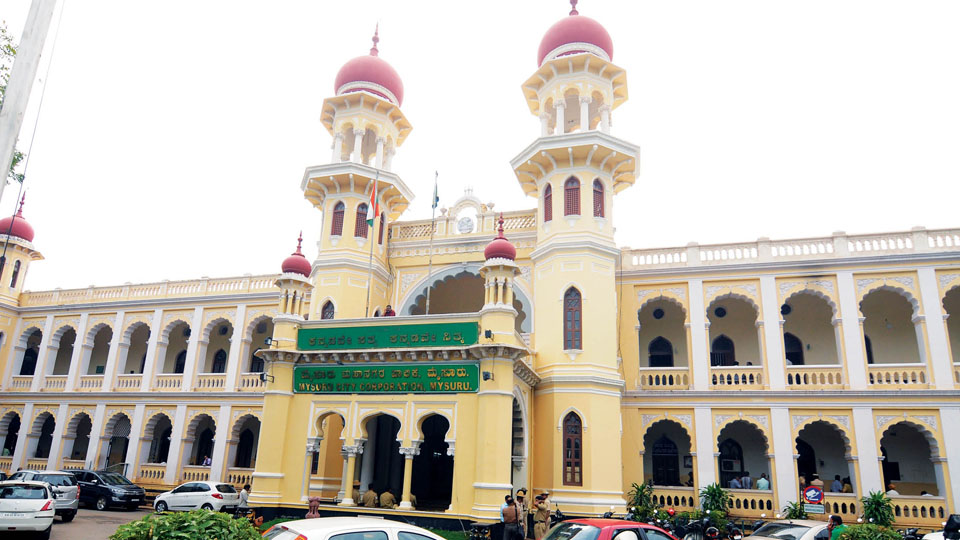 Mysore/Mysuru: A day after the Government announced the reservation category for Mayor posts concerning MCC and nine other City Corporations across the State for the next term of the current tenure, the Mayoral poll process has been set in motion with the authorities announcing that the Mysuru Mayoral polls will take place on Sept.6.

In a notification issued on Thursday, Mysuru Regional Commissioner G.S. Prakash, who is also the Electoral Officer, said that the Mayoral election will take place at MCC’s Nalwadi Krishnaraja Wadiyar Hall at 12 noon on Sept.6. Also, the election to four standing Committees will take place later the same day.

The Government has reserved the Mayor post for General category candidate and  Deputy Mayor post to BCA (Woman). Currently, Sunanda Palanetra of the BJP is functioning as In-charge Mayor after her term expired on Feb. 24, 2022.

Meanwhile with the announ-cement of the Mayoral poll schedule, political activities have begun in all the three major parties — BJP, Congress and JD(S). From now on, all the three parties will be holding regular meetings to chalk out possible alliances and strategies for the poll, which is 11 days from today.

There are multiple aspirants for the Mayoral posts in all the three parties. While Shanthakumari, Roopashri, Shobha Sunil and Rajani Annaiah are strong aspirants from Congress, Shivakumar, B.V. Manjunath and M.U.Subbaiah are aspirants from BJP and K.V. Sridhar, SBM Manju, M.D. Nagaraj, Prema Shankaregowda, Lakshmi Shivanna and Bhagya Mahadesh of JD(S) are eyeing Mayor post.

READ ALSO  Get online birth and death certificates through eJanMa

No single party has an absolute majority in the 65-member MCC and as such a coalition between any two parties seems inevitable. As such, all the three parties have earnestly started working out strategies to occupy the top posts in the MCC, which is considered  crucial in the backdrop of Assembly elections which is just about eight months away.