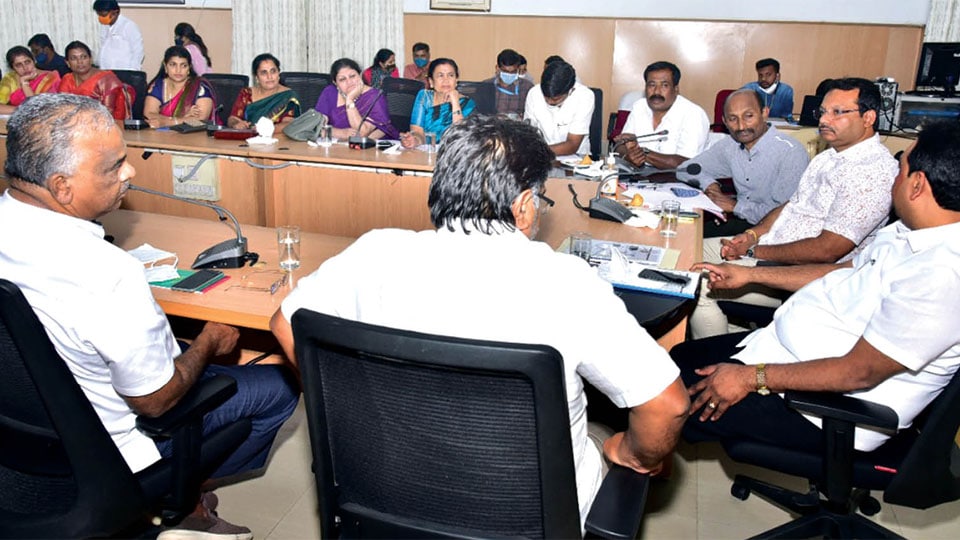 Mysore/Mysuru: The cash-strapped Mysuru City Corporation (MCC) is looking to mop up its revenues and has plans to bring areas beyond the Corporation limits into its Property Tax net, considering the fact that the city is growing beyond boundaries with many real estate players developing layouts, gated communities and housing clusters.

A team of Corporators and   officials led by Deputy Mayor Anwar Baig had on Saturday visited the BBMP to learn about the initiative to collect Property Tax from revenue property owners.

The ‘B-Khata’ Property Tax (B Register) is applicable for properties that do not fall under the jurisdiction of the BBMP. The Khata concept came into existence after the BBMP decided to streamline the process of tax collection in 2007.

Most of the buildings, which were constructed before 2007 did not comply with BBMP’s regulations and hence were considered illegal and semi-legal. These properties did not pay taxes despite enjoying all civic amenities from BBMP. The ‘B-Khata’ Property Tax was introduced to include such                properties in the tax net.

Data says that there are over 1.92 lakh taxable properties under the MCC and every year, the tax arrears has only grown and for the 2020-2021 financial year, the arrears stands at Rs. 92 crore.

For the 2021-22 financial year, the MCC has set a target of Rs. 140 crore. Including the arrears and the target, the MCC has to collect Rs. 232 crore but it has managed to collect only Rs. 100 crore leaving a gaping hole in the revenues.

In the 61 revenue extensions of Mysuru, there are more than 31,000 properties to which the MCC was providing all civic amenities but is not getting any tax from a majority of property owners.

MCC sources said that these properties would be included in the ‘B-Khata’ system like in Bengaluru.

Once the properties in revenue areas are entered into the ‘B-Khata’, the owners are issued a certificate for payment of Property Tax.

Although the ‘B-Khata’ certificate cannot be considered the superior-most tax assessment document, it can serve as a temporary solution for activities like sanctioning of civic amenities like water supply, electricity, UGD etc. It can be a document for loan approvals and it is a valid legal document that helps complete a number of legal proceedings, MCC officers said.

The proposal of opening ‘B-Khata’ has already been discussed in the previous MCC Council meeting and the proposal would be discussed again in the Council and sent for Government approval.