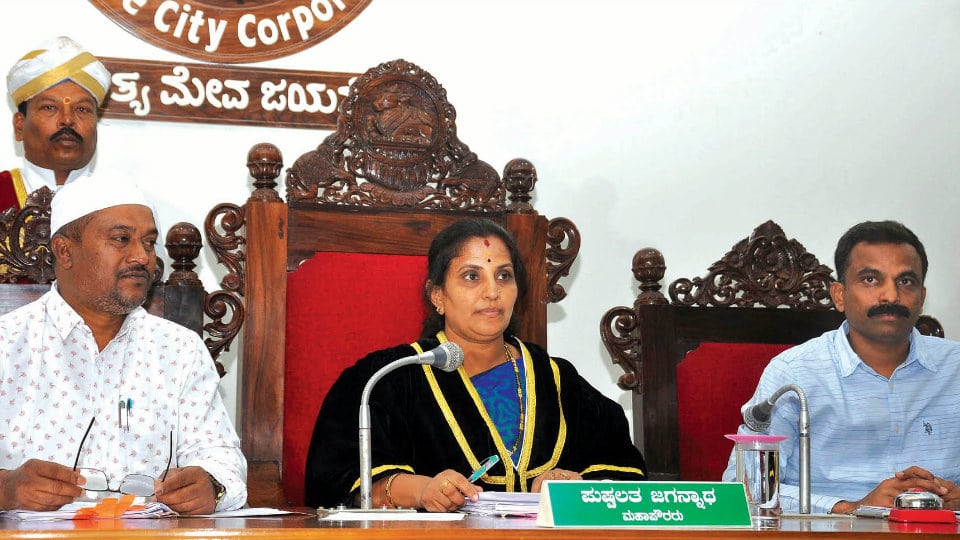 Mysuru: The Mysuru City Corporation (MCC) has decided to implement a Single Window System (SWS) for tax collection and has given approval for software development for the same. The system will be implemented after visiting other civic bodies in the country that have brought in the process.

At the Council Meeting held yesterday under the Chairmanship of Mayor Pushpalatha Jagannath, the Council took the decision of streamlining tax collection by bringing in technology. Raising the issue, BJP Corporator Shivakumar said that the MCC was facing severe losses due to resource leaks, inefficient tax collection and non-streamlining of the taxation system.

He opined that in this age of technology, the MCC must adopt SWS. Explaining the benefits of the system, Shivakumar said that it will help MCC to mop up resources and prevent revenue pilferage. Shivakumar was seconded by Corporator K.V. Sridhar who felt that the MCC team must visit other Corporations to see how they have implemented SWS.

The Corporators also stressed the need of bringing in online system of tax collection and cited the examples of Mangaluru, Shivamogga and Tumakuru Corporations that have effectively brought in the online system and realising benefits out of it.

Shivakumar said that the civic agency was in debt to the tune of Rs. 247 crore, a fiscal situation he attributed to the failure to maximise levies. “We can collect nearly Rs. 4,000 crore in various taxes. But, we are able to manage only Rs. 120 crore,” he said. The Corporators urged the officials to collect data from other civic agencies on the online tax collection so as to make the process a lot simpler.

Pandemonium was witnessed at the meeting for sometime over a proposal to build a church forcing BJP Corporators to stage a flash protest in the well of the Council against disparaging comments made by a Congress Corporator.

Proceedings took a stormy turn as BJP Corporator B.V. Manjunath raised objections to the civic agency’s decision to permit the construction of a church without consulting the residents. However, Congress member Arif Hussain said that the saffron party was bound to voice its opposition whenever such issues came up for discussion.

Remarks by the Congress Corporator Arif Hussain did not go down well with the BJP Corporators, who rushed close to the Mayor’s chair, forcing Pushpalatha Jagannath to adjourn the Council for ten minutes. The meeting resumed only after the Congress member tendered an apology for his remarks.

The contentious issue here is the proposal of Marthoma Syrian Church to construct a building for religious purpose at a site allotted by the Mysuru Urban Development Authority (MUDA) at second stage Hebbal way back in April 2011.

However, when the public notification was announced in February last to invite objections from neighbours, some of the public had raised several issues expressing their objection to the same. The objections included disturbance to residents due to noise pollution, followed by the question of necessity to build a Church in the locality where the population of Christians is sparse.

Some of them had also suggested the authorities to develop a park at the same site that would benefit both children and elderly people. However, the Church authorities had contended that the prayers will be conducted for only two hours on every Sunday that will least cause any noise pollution. Moreover, the very locality is thickly populated with Christians and it made sense to build a Church there.

The tussle between the BJP and the Congress members over Arif Husain’s remarks was settled after Hussain agreed to withdraw his comments.

The issue of building the Church too was settled after the Mayor announced that the Council had agreed to build  the Church.

It was also decided at the Council to buy a new vehicle — Toyota Innova — for the official use of Deputy Mayor too on the lines of Mayor.

Though the Council is yet to give its approval and the issue has been put forward for debate for a future date, the proposal envisages a hike in the minimum tariff from Rs. 125 to Rs. 200 for domestic consumers. For non-domestic consumers, the minimum tariff is proposed to be increased from Rs. 140 to Rs. 160 and the same is proposed to be hiked for commercial and industrial users from Rs. 280 to Rs. 320. The proposal evoked opposition from members who called for assessing the number of illegal connections before passing on the burden to the consumers.