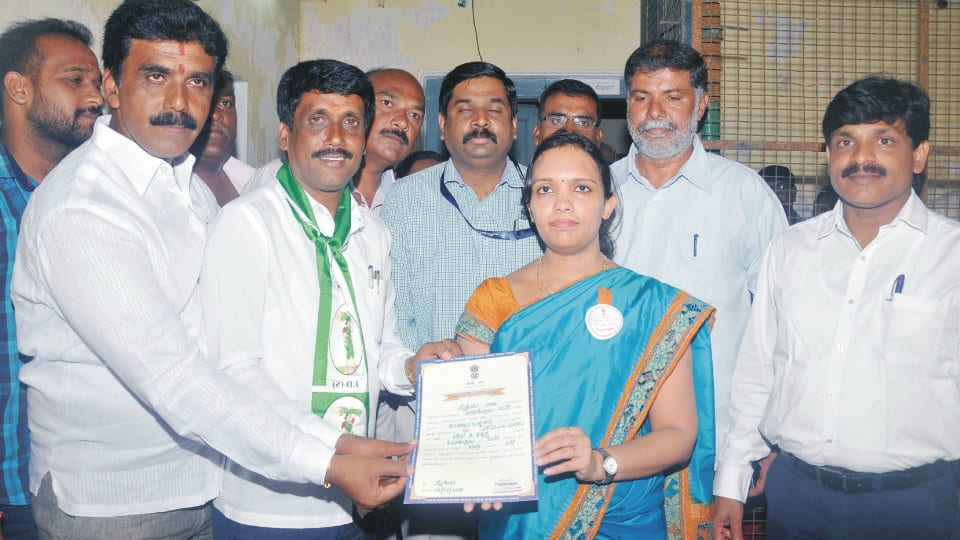 In the by-poll for Ward 32 of MCC, candidates SBM Manju (JD-S) and K. Madesh (BJP) had to wait till the last round for the final results to be announced while the Congress candidate B.K. Prakash lost his deposit securing a meagre 329 votes.

It was a question of prestige for JD(S) party to retain the Ward and so it did as its candidate SBM Manju won by a margin of 307 votes securing 2,424 votes out of the total 4,923 votes polled.

The counting of votes was held at the Maharaja’s Sanskrit Patashala next to MCC under the watchful eyes of  Returning Officer Priyadarshini and MCC Commissioner G. Jagadeesha.

Right from the first round of counting, both Manju and Madesh were going head-to- head but it was in the sixth round that Manju emerged victorious as he secured 602 votes compared to 434 votes of Madesh  in the final round.

Speaking to media, SBM Manju said that it was the victory of Ward 32 residents and added that he would make maximum utilisation of the remaining one-and-a-half-year term to work for the betterment of the Ward.

Manju also expressed his gratitude to legislators S.R. Mahesh, G.T. Devegowda and Marithibbegowda for his victory.

The by-election for Ward 32 was necessitated after the election of C. Mahadesh, who represented the Ward, was nullified after he was found guilty in a murder case and was imprisoned.

July 5, 2017 proved to be a lucky day for JD(S) as it not only won the MCC Ward 32 by-election but also the by-polls held for Mandya ZP, Mandya and Kolar City Municipal Councils.