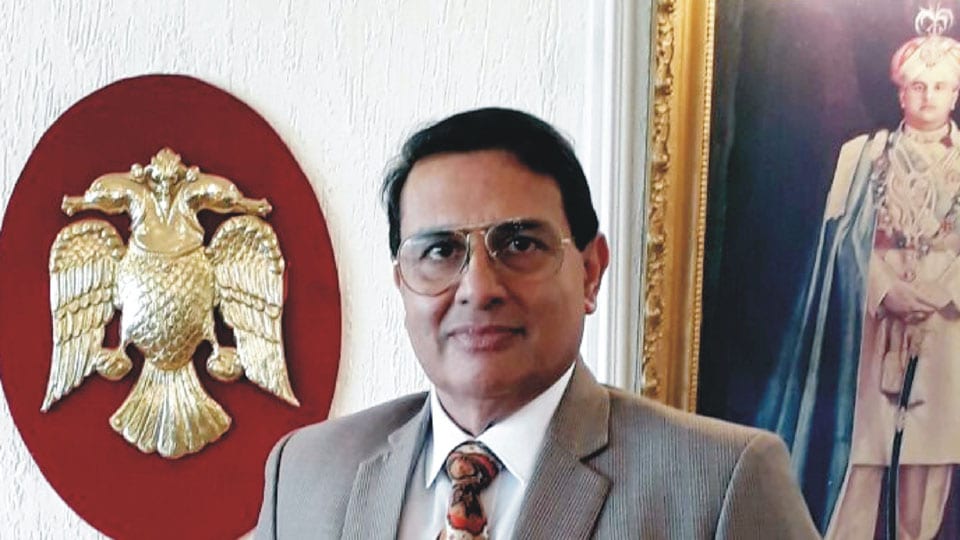 Dwindling forest covers, rampaging rogue elephants, man-eating tigers and man-animal conflict are all very frightening realities in today’s world, especially in our country. The Forest Departments across the country are faced with these huge challenges. In spite of their best efforts, the problems persist. However, the solutions by a few who have grown up understanding wildlife like the back of their hand are hardly taken. One such Wildlife Conservationist is Nawab Shafath Ali Khan from Hyderabad, who had been invited by the Jharkhand government last month to put down a rogue elephant that had killed 15 people. He is the most celebrated hunter and the only tranquillising and culling expert in the country. He also runs a chain of resorts in Masinagudi, Tamil Nadu. Star of Mysore Features Editor N. Niranjan Nikam travelled all the way to meet the Sharp-Shooter at his den in the midst of the jungle at the Safari Land Resorts in Masinagudi. The Nawab opened his heart out for nearly two hours in this exclusive interview and spoke about royalty, how to manage forests, man-animal conflict, radio-collaring, culling, animal right activists and his anguish about the villagers and forest-dwellers. Excerpts…

Star of Mysore (SOM): You are not only a Nawab at heart but also a real Nawab from Hyderabad. How much of ‘Nawabipan’ is still there in you?

Nawab Shafath Ali Khan: Well, in well-bred horses the genes carry on in the blood. So I am a Nawab. But I devoted my life to the cause of poor Indians who suffer silently, like forest-dwellers, tribals, aborigines, having lost their lives and property to wild animals.

SOM: You are the most celebrated hunter in the country. Where did it all begin?

Shafath Ali Khan: Hunting was a family ritual. And my grandfather Nawab Sultan Ali Khan Bahadur was Advisor to the British Government on man-animal conflict. I grew up at a time when the Wildlife Protection Act came into being and from controlled hunting the transition to a total ban on hunting was introduced in the country. With the royalty and nobility hanging up their hunting rifles there was a vacuum of traditional knowledge of tracking animals that had generated over generations. I tried to fill this vacuum and worked for saving India’s wildlife as a Conservationist. Hunting is a tool of conservation and all advanced countries across the world are practicing and encouraging controlled hunting and their wildlife is growing.

READ ALSO  An exclusive interview with Ace TV Show host Karan Thapar: “I was lucky I had a wife who liked the adult and child in me” - 1 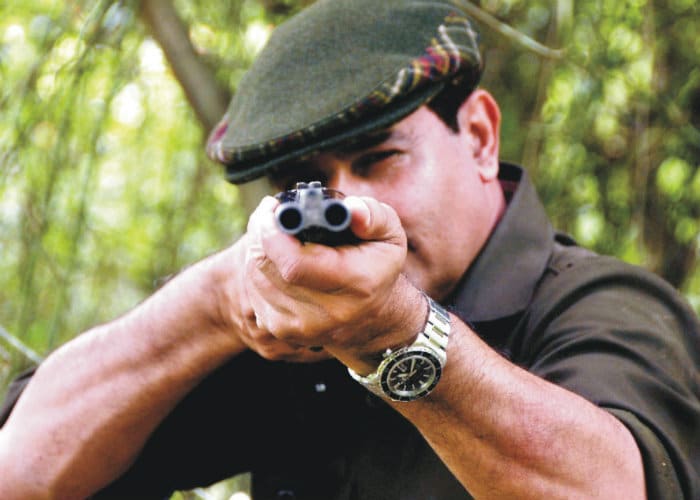 SOM: You are the only authorised tranquillising expert and culling officer in the country. When there is a Forest Department, which has a rich history, what are the Officers doing?

Shafath Ali Khan: As I said, traditional knowledge acquired over generations cannot be found in textbooks. The art of reading pug marks, identifying it as a tiger or tigress just by seeing it or coming to conclusions about the height of an elephant by measuring the circumference of pad mark of the forefoot is traditional knowledge. Rulers had Shikaris who managed their forests with a vested interest of hunting. The rulers’ passion for hunting not only saved trees and grasslands but also kept a check on excess animal population. Unfortunately, after Independence forest management came into the hands of Officers who were bereft of ground realities. Large scale deforestation started and wildlife mismanagement reached its apex. Certain species grew in numbers beyond controllable figures like wild boar and blue bull. Across the country, tiger population reduced due to habitat destruction and revenge killings.

Large scale destruction is caused by elephant herds that have strayed considerable distances away from protected areas into agriculture fields. Neglected National Parks are overridden with noxious weeds like lantana and parthenium forcing our precious wildlife outside protected areas.

This is the crux of man-animal conflict that has frustrated farmers and forest-dwellers; giving them no option but to poison or electrocute elephants. According to project elephant figures, there were 15,700 elephants in the country in 1980 and today we have over 32,000. The forest cover on the other hand has reduced. The think-tanks who manage wildlife in the country did not plan this explosion in elephant population resulting in excessive man-animal conflict that we face today.

SOM: As a boy of 19 years you were in Mysore Race Club (MRC) as Assistant Secretary. How did this happen?

Shafath Ali Khan: My grandfather was India’s senior-most Handicapper (a person appointed to fix or assess a competitor’s handicap, especially in golf or horse-racing) and my father was Senior Stipendiary Steward and Secretary of Bangalore Turf Club (BTC). High taxation on horse-racing was killing the industry and both BTC and MRC were finding it difficult to even pay salaries to their staff. My father Nawab Arshad Ali Khan started off-course betting between BTC and RWITC (Royal Western India Turf Club) in 1977 and this gave a new lease of life to the racing industry across the country. Jawa motorcycle factory Founder Farookh Irani whom I always called Uncle Irani, Chairman of MRC, in consultation with my dad, started off-course betting between BTC and MRC and soon the fortunes of MRC blossomed. MRC was setting up photo-petrol cameras to record the races and I was sent, raw out of school, to Mysore to identify where the twin towers of the cameras had to be installed. I was already a National Champion in Equestrian sports and a top rider in the country. When I finished identifying the setting up of photo-petrol camera towers, having worked under Uncle Irani for a week, he decided to absorb me under MRC and I had the good fortune of learning from him. I was there for three years.